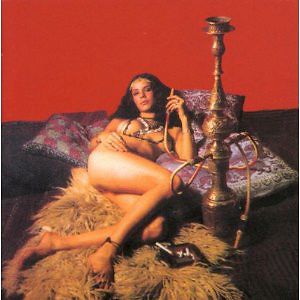 The Heads, debut album, Relaxing With... originally released in 1996, is due for a 25th anniversary re-issue!

The Bristol four piece, produce a psychedelic mass of feedback, riffs and amp blowing noise, straight from the underground scene created by the likes of the Stooges, Hawkwind and The Velvet Underground.

Recorded during a time when Brit Pop was the norm, this music reminds us of some of the great acts, who helped to carve the way for today’s groups while remaining fresh and current. Even now, 25 years on, this music does not sound dated and as John Peel once said. “If that’s not a freakout, then I’m a Dutchman.”

A huge mass of stonking riffs, deep, knee trembling bass and thumping percussion. Huge in sound, yet disturbingly chilled out, this is music to get lost in.

This album is a mind bending, hallucinogenic of experimental, psychedelic chaos and noise that demands a place on your record collection, right between Raw Power and The Velvet Underground & Nico.