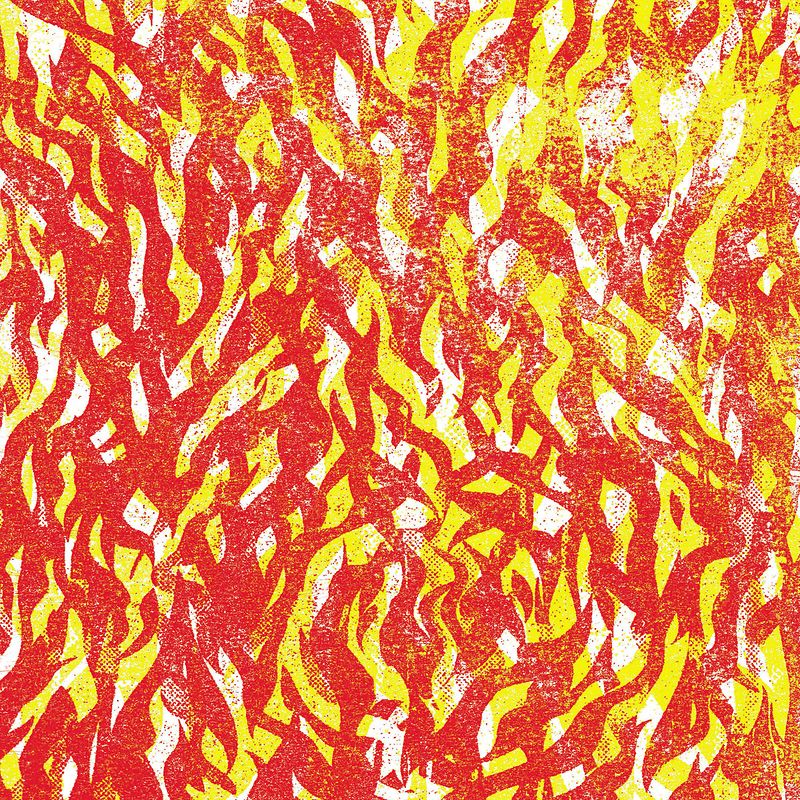 A brand-new album of dub, dancehall and noisy dissent released via Ninja Tune.
€ 26,95

Kevin Martin’s FIRE is the first solo full-length album under The Bug moniker for seven years and could not be better timed, or more needed. The third exhilarating part of the incendiary urban triptych that began with 2008’s ‘London Zoo’ via 2014’s 'Angels & Devils' - is fourteen tracks that immolate the synapses and cinematically take you from arcing evocations of lockdowned city-scapes to swooping deep-focus close-ups of Martin’s psyche.

for Martin, the album is both a response to the unique circumstances of the past year but also a chance to reflect his own journey from reclusive sound-obsessive to family man. It’s the Bug’s best yet, possibly the most ferociously realised and immensely moving music Martin has ever made, and still touches on those initial cravings and impulses that first propelled ‘London Zoo’ into your world like a pipe bomb through your letterbox. It’s a HUNGRY record in all senses.

“I've always been addicted to the physicality and intensity of sound: I started The Bug because I wanted to make music for a soundsystem I had in storage, and the live experience of The Bug has always been something I wanted to reflect on record” Martin says. “I’m always asking - how can I ramp this up MORE? How can I get people more out of control? For me a live show should be unforgettable, should alter your DNA, or scar you for life in a good way. ‘WHAT the FUCK?’ is the reaction I want - insane is a good reaction especially at a time when there’s so much control in how people consume music and are pacified culturally”.