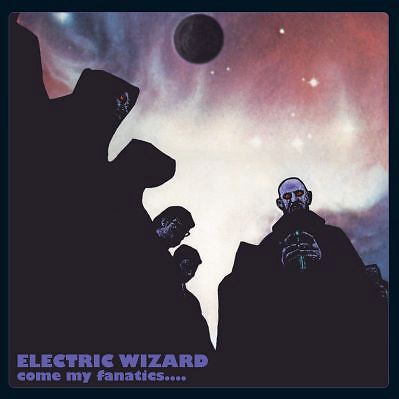 Come My Fanatics… is the second studio album by English band Electric Wizard. The album was released in January 1997 on Rise Above Records and was produced by Rolf Startin, Mike Hurst and band member Jus Oborn. It was the group's follow-up to their eponymous album Electric Wizard. Oborn described the release as a reaction to the sound on the earlier album, which he had felt was not as heavy as he wanted the group to sound. The sound on Come My Fanatics… was described by Lee Dorrian as breaking the traditional doom metal sound with an unpolished approach.

The thematic elements of the album draw from 1970s horror films, biker movies and the writings of HP Lovecraft; there are three songs about leaving Earth to avoid an impending an environmental disaster. The album release was followed by a tour with the band Cathedral and positive reviews from heavy metal magazines Metal Hammer, Terrorizer and Kerrang!. Come My Fanatics… continued to receive praise in retrospective reviews, with Terrorizer declaring it "the wake-up that the UK doom scene needed" and Cathedral frontman and Rise Above Records owner Lee Dorrian describing it as "the turning point of everything".