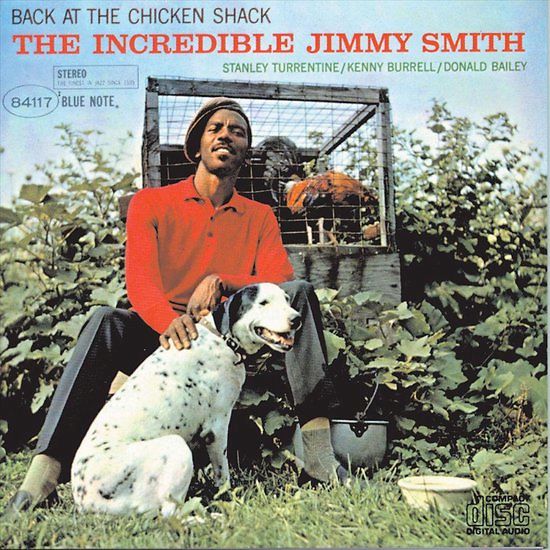 Back at the Chicken Shack is a funky soul jazz album by Jimmy Smith. It was recorded in 1960 and released in 1963 on the Blue Note label.

Smith recorded the album at the same session as his previous album Midnight Special. Fittingly, he wears the same red shirt on both album covers.

Back at the Chicken Shack is one of organist Jimmy Smith's classic Blue Note sessions, and the first to draw attention to tenor saxophonist Stanley Turrentine. Recorded in 1960 with Kenny Burrell on guitar, Donald Bailey on drums, and Turrentine, the group reaches the peak of funky soul jazz that all other challengers of the genre would have to live up to.

Included on this uptempo session is a reworking of "When I Grow Too Old to Dream" (a feature for Turrentine), Turrentine's "Minor Chant," two Smith compositions, "Messy Bessie" as well as the set's notable title cut.

It was cited as one of 1001 Albums You Must Hear Before You Die.