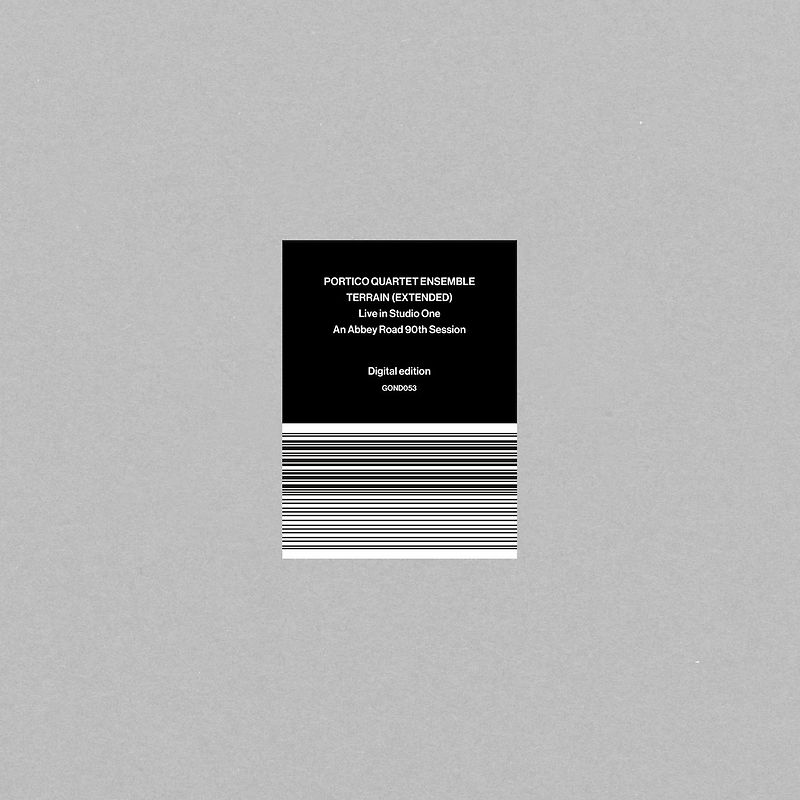 Expanded version of their long-form composition Terrain re-arranged for the Portico Quartet Ensemble
€ 46,95

PRE-ORDER ITEM: This item will only be shipped to you on or after 9 December 2022. Please note any orders containing pre-order items won't be shipped until all items are available, so please order this separately to avoid delays. Release dates are at the mercy of labels, distributor, and pressing plants and will change constantly.
1 per customer
PICK-UP AT SHOP / FREE SHIPPING FOR ORDERS WITHIN BELGIUM AND EXCEEDING € 100 (FYI: we notice delays at Bpost which are out of our hands, if you want to be a 100% sure about delivery date, best choose pick-up) / Shipping costs are dependent on various factors and are calculated in your shopping cart. Add this item to your cart to see the shipping cost. Or pick up your order at our store in Ghent.

Featuring an expanded version of their long-form composition Terrain re-arranged for the Portico Quartet Ensemble recorded live in Studio One. Terrain (Extended) features an expanded version of the composition re-arranged for the Portico Quartet Ensemble – a subtle re-configuration of the band that features a string quartet - and which allowed for the composition's deeper textures and resonances to be fully explored, along the way expanding the dialogue between tranquility and a subtly unsettling melancholy, that makes Terrain such a beautiful, powerful piece.

9th November 2021 was a very special session. The band (who had first recorded at Abbey Road for their second album Isla back in 2009), brought long-term collaborator, recording and mix engineer, Greg Freeman over from Berlin to work with Abbey Road's Chris Bolster and the resulting concert film Terrain (Extended) - Live in Studio One An Abbey Road 90th Session received it's world premiere broadcast on the Gondwana YouTube channel on Thursday 20th October. Now Gondwana Records is super proud to announce the ultimate collector's edition of this special recording. Limited to just 1500 individually numbered and stamped LPs.