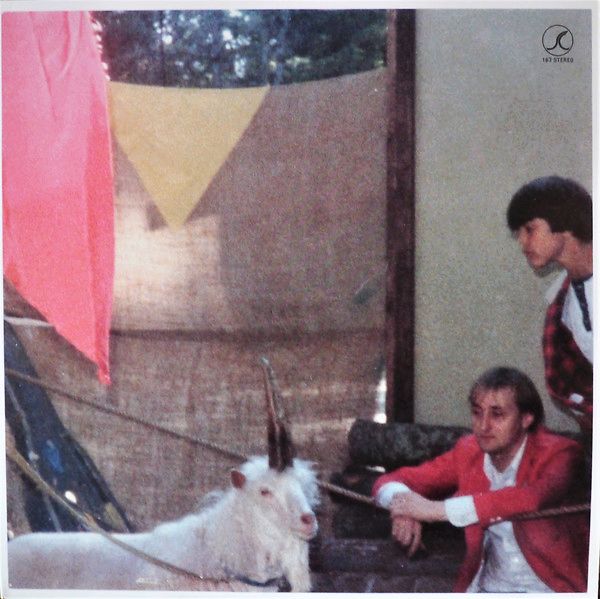 He wrote melodic songs and had a high, pinched, somewhat feminine voice that gives his work an almost alien quality, especially given the way it fits into the haunting atmosphere of his compositions.

Though he was essentially making what constituted pop music in his head (but wouldn't in most people's minds), he seemed to have a grasp of his inevitable outsider status.

Trimble's second album, 1982's aptly named Harvest of Dreams, uses many of the same musical elements as the first, but the songs are a bit stronger and his grasp of atmosphere had developed considerably. That didn't stop him from including "Oh Baby", a bizarre track featuring Trimble and the Kidds, a band of pre-adolescent children he briefly fronted. Half the track is backward, and the part that's played forward is hardly any less odd, with its kid vocals and shaky drums.

Highlights on Harvest of Dreams include "Premonitions: the Fantasy", which features his doubled falsetto and sounds like a lost Big Star or Chris Bell solo session with a bit of recorder and harmonica added on, and "Armour of the Shroud", a dark song cut through with dial tones and cold xylophone phrases. The guitar is processed to sound almost like a vacuum cleaner at certain points, and the vocals wander in and out of processing as Trimble calls for "God [to] save the dreamers." It's dark and implacably weird, but Trimble is so obviously earnest and working toward a vision on these recordings that you can't help coming away charmed.