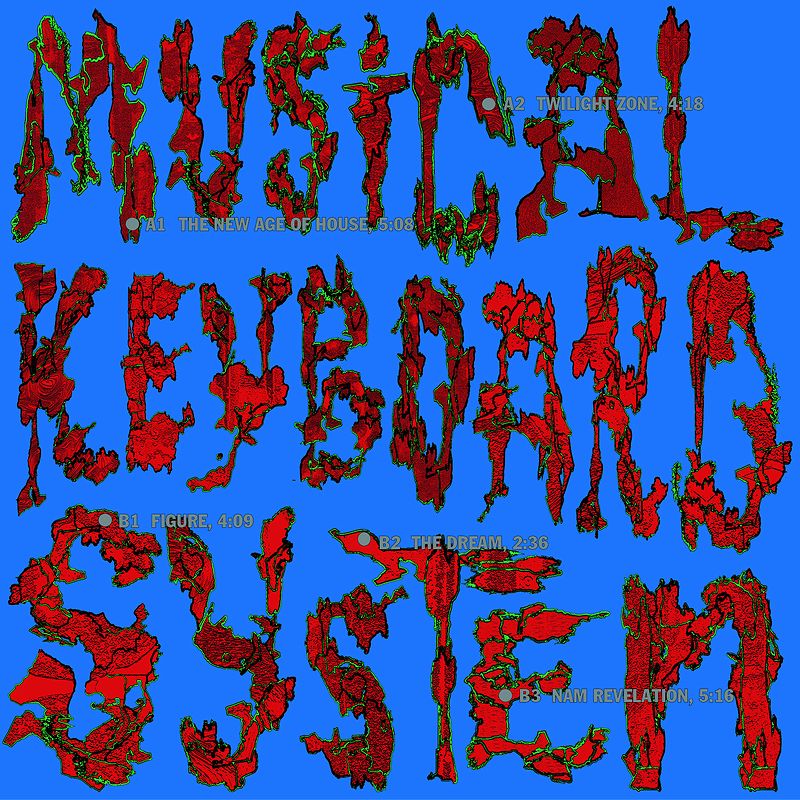 Q: "Are you ever gonna release something we can dance to again?"  A: Yes!

After "sitting" on all the "dance" releases for over a year (for obvious reasons) it's time to let the veil fall! Starting with this beautiful failed late 80's new beat / new age / electro project from Lille, France.

Sometimes in life, a certain incentive is needed to convert talent into productivity. As for the case of MKS, the enigmatic and musical disguise of Nicolas Aubard, it was a merely coincidental encounter at the end of the 80s that set the stone rolling. Despite years of experimentation and music making, all Nico’s productions stayed between the 4 walls of his modest home studio. Something that would change in 1988, when Nico bumped into Emmanuel “Manu” Prevost.

“We met on a night out in Lille”, Nico recalls. “I usually just stood by the dj booth, as I wasn’t a good dancer. So instead of throwing shapes at the dancefloor, I started a conversation with the dj, who happened to be Manu. By the end of the night, I handed him a demo tape of the album I was wanting to do.” Propelled by good fate, a fruitful collab happened between Nico and this dj. For Manu, everything also fell in place: “At the time, I was looking for a composer to work on producing a new beat record. As a dj, I often crossed the Belgian border for gigs and this new style was in full explosion over there. I heard Nico’s songs and naively told him: “Let’s make an album”, without knowing how.” Despite the high hopes for the new alliance, the project turned out to be a shot in the dark. “I assumed Manu already had some experience, as he proposed to do the mastering himself. But funnily he only told me after the release of the record that it was his first time too. But you know, we managed.” Not willing to release under his own name, Nico came up with Musical Keyboard System, abbreviated as MKS. The alias was born and the journey ready to take off.

The album finally released in September 1989. After the release, Nico went on a low-key promo tour together with Manu in Northern France. “We aired a video clip on FR3 for two songs, together with a short interview. In their studio, we created a scrimpy décor with some green plants to resemble the Vietnam jungle (as for the track Nam Revelation) and we shot the clip. Manu even lay down behind a screen operating the fog machine.” As a live act, MKS’ career was rather short-lived, with a first and final gig in the Theatre of Saint-Quentin a few months after the release. “In France, we would remain illustrious strangers. Yet in the meantime, our music got played on new age radios in the USA.” After the end of MKS, Nico moved to Paris and Manu took on his military duty. In the army, Manu met movie animator Jacques Rouxel (the man behind French cult series Les Shadoks) and got him in touch with Nico. The duo collaborated with Rouxel on some compositions, before they went their separate ways at last. Nico went on to pursue his childhood dream, as a pioneer in France for integrating 3D animations into classical cartoons. Manu in turn became a producer for feature films.