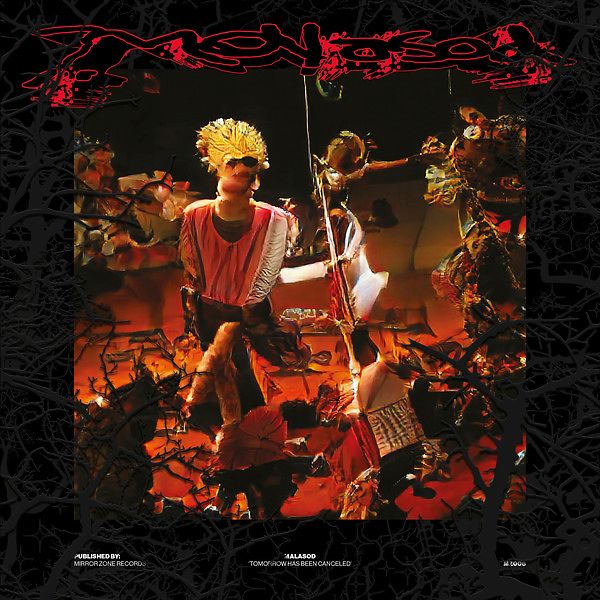 Will also be released as a physical 2x 12inch vinyl release. Comes with a poster inlay.

Law of pinch conscious; think hard, look up, surge - reach over for balance. The next chapter predicts new fragrance, hidden logic, harmony. All will be well, it’s meant to feel like slipping.

The law is told from the top ledge. Links woven from grass, becoming thick columns and then chains. The law is held by the mouth, speaking blankly whilst meaning shifts. What balance. What deep understanding.

Lately acceleration, surging fast whilst blind. Bold steps with short sight. But it’s not just specific; more lives outside the frame. Focus and unfocus exist in one. The fraud balance is impossible to weight, but it’s left, unattended through distraction.

Competitive, swimming in reflection, swallowing us ourselves. Eat the fibres, eat each other. Pinch consciousness and hungry neighbours. Remember how to think - unclear now when the script went wrong.

Not just absence of truth. Dropped behind the sunk point, swept into negative. Willed or deceived into blindness. Our version is not the only - held in parallel we don’t all eat. We don’t all breathe.

In deep tho - fill the sack. Build steps until the stone runs out, until the cliff crumbles underneath.

Pause. The passage is dense, busy with glass and mirror. Unfocus here, stop looking hard. The real is encoded and long made we the work to decipher and know. It was heard wrong - the pool bore the bowl, not the book.

This is power. To know is to own. The guided force which swept through them, turning bricks and backs into dust. It’s not as bad as you think.

Another said it’s time for the great turning over. Our whole breath entering the filter, upgrading to luminous. To last is to bring together, including all in awareness; considered, wide, megatopic. Draw deep the gasp to cross chaos, hold hard the terror and awe.

The familiar voice comes not from within; big echoes distort, become natural and grow wrong. The dream gone bad – no more living. Into the fire throw it all, dysfunction, progress and greatness. Toxic energy and held structure, belief, ego. Arrange the stones to make pure silence for next strength - the sacred task is infinite, heralding vast new architecture and thought. The dream crosses between reals - bear the glow of the next way.

And this way is inside the other. The early knock – it billows out from pursed lips, a bubble twitching through the dark. No malice just passage. It rolls up, one against many, incandescent, bumping into each. Neon shadows split and merge, there is no core – no thick goodness, no truth or beauty. Just real.