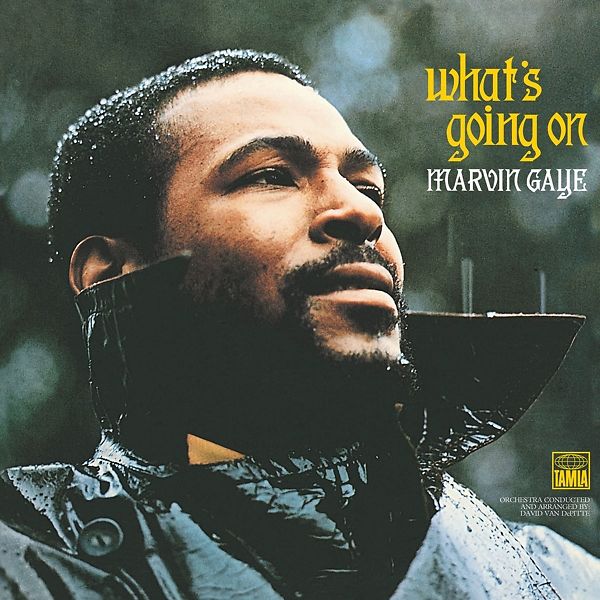 What's Going On is the eleventh studio album by soul musician Marvin Gaye, released May 21, 1971, on the Motown-subsidiary label Tamla Records. What's Going On was the first Marvin Gaye album for which Gaye is credited as producer and Motown Records' main studio band, the session musicians known as the Funk Brothers, received a credit.

What's Going On is a concept album consisting of nine songs, most of which segue into the next. It has been categorized as a song cycle; the album ends with a reprise of the album's opening theme. The story is told from the point of view of a Vietnam veteran returning to the country he had been fighting for, and seeing only hatred, suffering, and injustice. Gaye's introspective lyrics discuss themes of drug abuse, poverty, and the Vietnam War.

What's Going On was an immediate success, both commercially and critically. Having endured as a classic of 1970s soul.