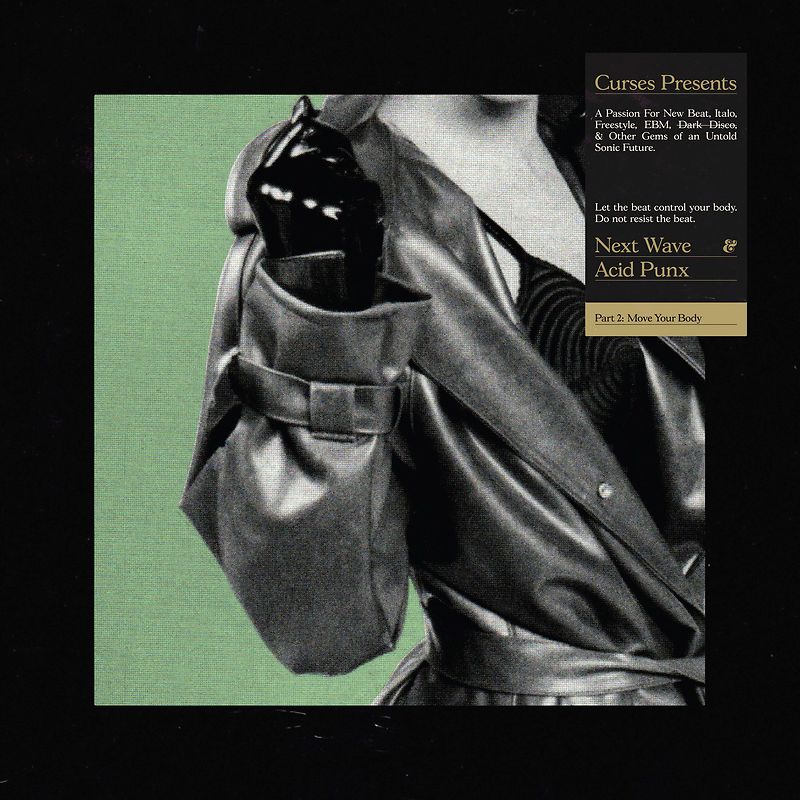 'Next Wave Acid Punx' is a journey across nearly 40 years of dark club music compiled and curated by Berlin-based Musician and DJ, Luca Venezia aka Curses. This second part celebrates current music influenced by these early pioneers and exclusive tracks made for this compilation, with the passion for these genres in mind.

'Next Wave Acid Punx' is a 38 track journey across nearly 40 years of dark club music compiled and curated by Berlin-based Musician and DJ, Luca Venezia aka Curses. Inviting friends with a like-minded affection for an 80s rooted sound, and diving deep into his record collection, Curses has put together a three CD/double vinyl set that takes us from music by Colourbox and Suicide to EBM pioneers, Front 242 through to recent club hits from Zombies in Miami, and 12 brand new, totally exclusive tracks from the likes of Shubostar, Chinaski, and Curses himself.

Exploring the darker side of club music, 'Next Wave Acid Punx' traces decades of a musical passion and joins the dots between the EBM, New Beat, Italo and Acid House tracks of the 1980s to present music of today.

"Putting together a compilation like this is a strange experience. I've never been one to stay still too long. Whether as a musician, DJ, or producer I'd never wanted to tie myself down to one scene or one sound, always looking to move on before I'd maybe run a project completely dry. With an album you create a snapshot of who you are during that time in life, with a DJ set maybe just that night, but this felt more like trying to sum up a lifetime of musical experiences. A bit daunting! But in putting this comp together I did find a path that led from listening to FRONT 242 and Ministry cassettes in my bedroom when I was just 11, through to the music I make and play today.

What links these tracks together, is an attitude. It's one I've been drawn to since I was a teenager, playing in punk bands, skateboarding in NYC, hanging out at CBGBs, and following Sonic Youth around, to eventually raving every weekend at underground drum & bass and electro nights.

As a teenager I'd dig through the bargain bins at shops like Vinyl Mania and Bleecker Bob's where you'd find all these Freestyle, Italo and New Beat records. Straight away I zoned in on the "Dub" and "Extended Dance Mix" versions where the focus was on the drums and I could hear a link to bands I'd loved years before.

The first part takes early tracks from bands who came directly out of the punk and new wave scenes, that played a major role in forming my musical taste. The second part celebrates current music influenced by these early pioneers and exclusive new music made for this compilation, with the passion for these genres in mind.

Some of these songs may have been written decades apart, but they all share an energy, a raw spirit, it's those massive drums and gated snares that you hear on both Demolition Group's 'You Better Stay Alive' from 1988, and Shubostar's brand new track, 'Aya'. This mix of electric and electronic sounds have been part of my make up ever since I learned to play guitar accompanied by a DR550 drum machine.

After leaving New York, I found a scene that helped me realize I could combine all my own past influences into my productions, song-writing and DJ sets. Discovering underground parties like Wrong Era, Cocktail d'Amore in Berlin, La dame Noir in Marseille, and of course A Love From Outer Space, made the pieces fall into place for me. This is the sound of a community I love, a passion without sacrifice, that I now want to share with you."