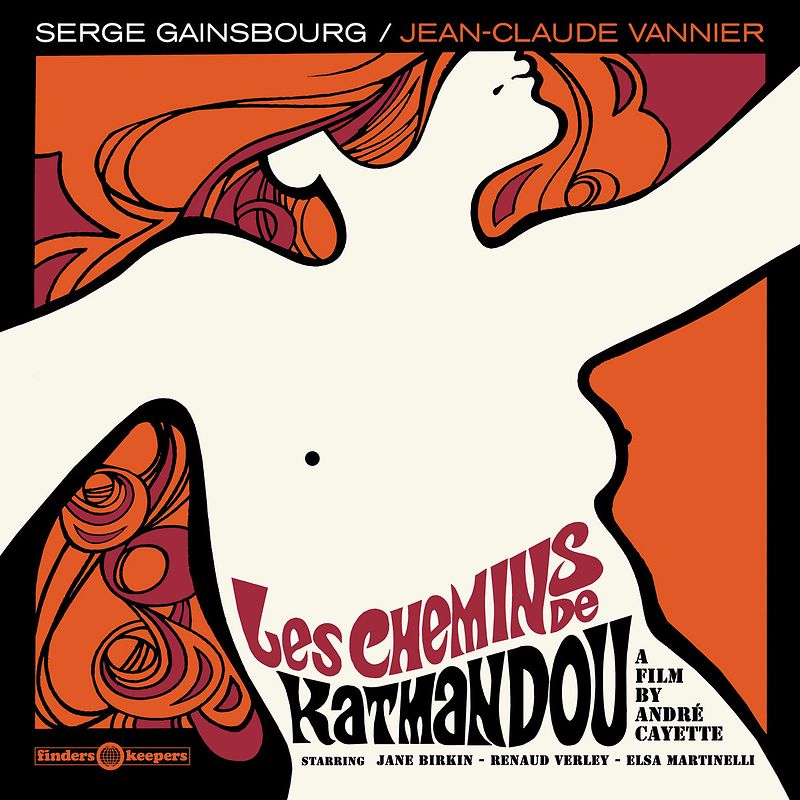 Its the first time on vinyl for this previously unreleased Gainsbourg/Vannier soundtrack to a saucy, psychedelic gallic classic starring Jane Birkin and Gainsbourg in leading roles. Interesting for its forays into traditional sub-continental styles, and one track of heavy petting, alongside the usual Gainsbourgian string arrangements and smoky winks.

Believed to have been lost in a studio fire by Gainsbourg enthusiasts for over forty years (a myth that also shrouds Morricone’s lost Danger Diabolik soundtrack) the misplaced master-tapes for the drug-fuelled/Mai 68 cash-in/road-movie Les Chemins De Katmandou have been widely considered the final audio jigsaw piece in an immaculate discography/filmography thus earning this soundtrack bone-fide Holy Grail status amongst the most avid disc detectives.