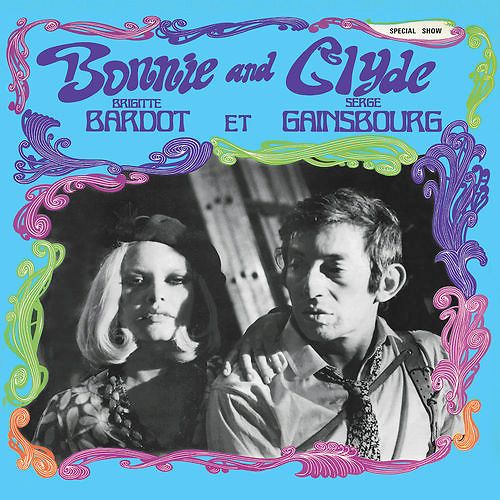 Bonnie and Clyde is a compilation of songs of Serge Gainsbourg and Brigitte Bardot released in 1968 to cash on the success of the song "Bonnie and Clyde" which is a duet between the two artists, as well as the turmoil following their affair. The compilation is loosely organised, focusing rather on successes of both artists than on a selected period or a thematic principle. Not all the songs written by Gainsbourg for Bardot are included although some songs written for her by other authors are. The French version of "Comic Strip" that appears on this record features background vocals by American soul singer Madeline Bell that were for years falsely attributed to Bardot, whereas the English version released in the 1990s has background vocals by Bardot.