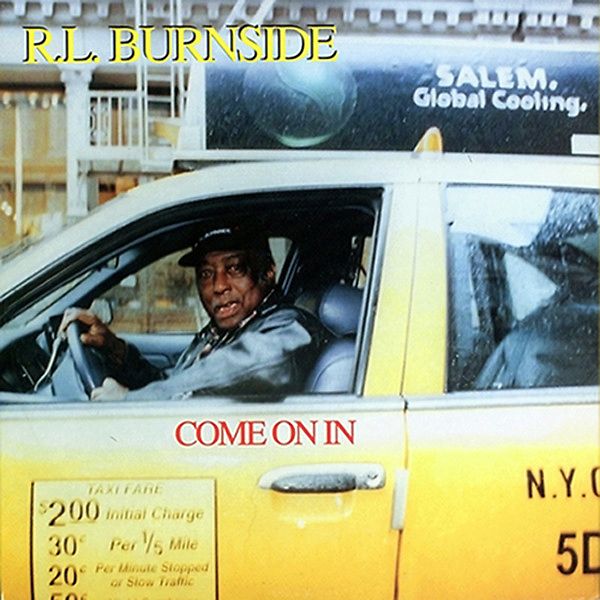 Come On In is a remix album by Delta blues guitarist R. L. Burnside, originally released by the label Fat Possum in 1998.

Although one of the original Delta blues guitarists, and pioneer of a style known as "trance blues", R. L. Burnside did not find wide success until 1991, when he signed to Fat Possum, a label based in Oxford, Mississippi. "Too Bad Jim", one of the guitarists' first albums for the label, was produced by pop critic Robert Palmer, and soon Burnside performed as the opening act for rock band the Jon Spencer Blues Explosion, with whom he recorded the 1996 collaboration "A Ass Pocket of Whiskey", which was a largely traditional blues album, excepting the sporadic usage of theremin. Nonetheless, Burnside's 1997 album "Mr Wizzard" was poorly received by critics, who felt the music was uninspired. Conscious of what they perceived to be "the devaluation of their most popular artist", Fat Possum quickly commissioned "Come On In", an album containing remixes of Burnside recordings.

Largely produced by Tom Rothrock (best known for producing Beck), the album was a departure for Burnside in that it fuses his blues guitar work with dance and electronic music, incorporating sampling and looping techniques. Burnside was originally skeptical of the idea, but enjoyed the finished product.

Although the album's fusion of styles was deemed unusual by critics, it received acclaim from music journalists and showed respectable sales, becoming the best-selling album distributed by Epitaph Records in early 1999. The album's sound was explored by Burnside in his later works.