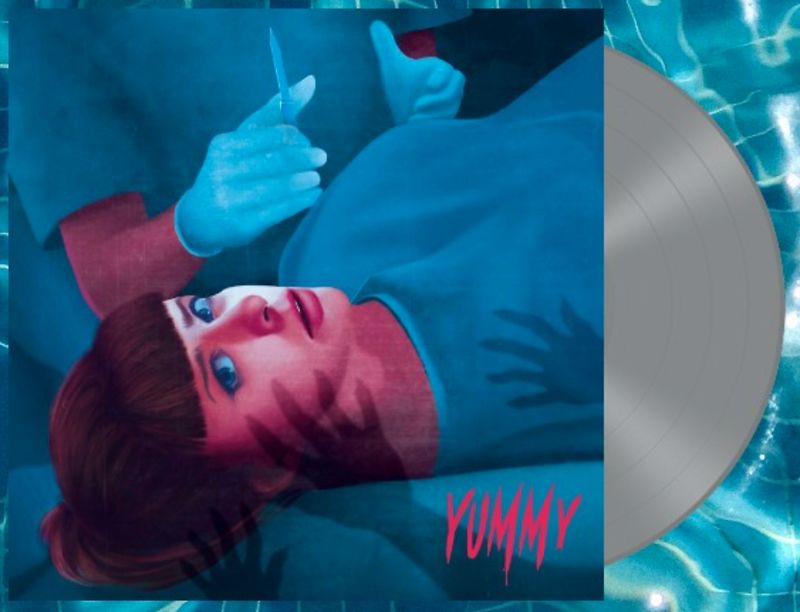 The score by Nico Renson for the 2019 zombie movie Yummy, artwork created by Caroline Vermeir
€ 29,95

The score by Nico Renson of the 2019 zombie movie Yummy. Unique artwork created by Caroline Vermeir.

This is the first release of a new Belgian soundtrack focused label “Pool Needle”.

Yummy (2019) is the first true Flemish zombie movie. But instead of a classical zombie soundtrack, composer Nico Renson wrote a rather atypical score. One that carries musical influences rooted in the Eastern Bloc and lyrics in a made-up language.

Renson: “I was inspired by Slavic chants, Bulgarian choirs and Roma music indigenous to the region. Ethnical influences like that are rare in the genre and I wanted to make it a recurring theme in the entire soundtrack. That’s why I brought in my friend from Sarajevo, guitar player Gordan Halajkijevic. A second source of inspiration was the British band Bauhaus. Their somber style makes for an original pallet in a horror movie. The combination of new wave and the ethnical elements really adds to the sinister tone of the music.”