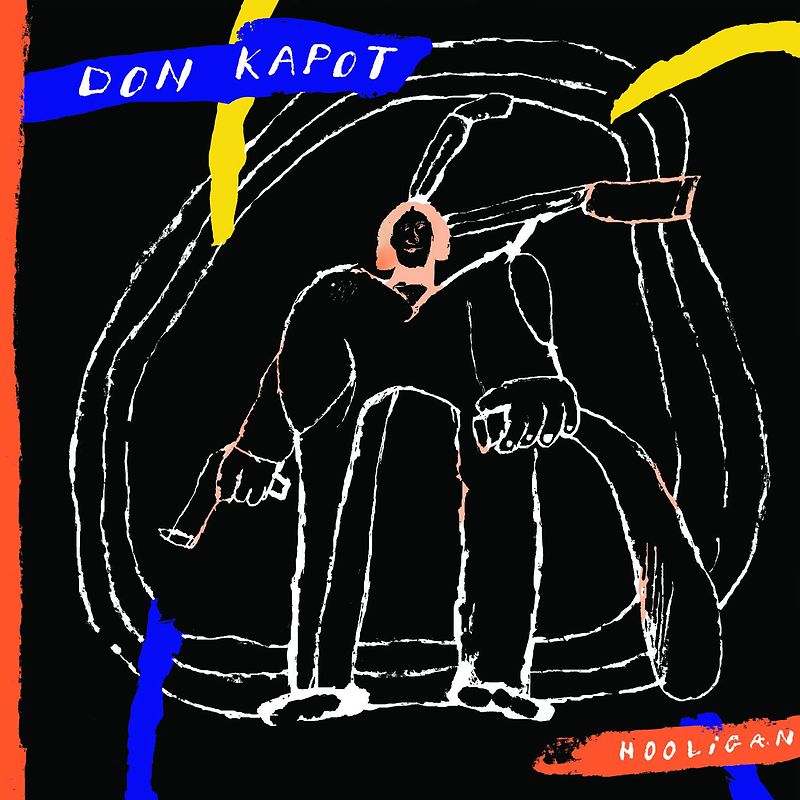 an unhinged and idiosyncratic mix of punk, jazz, afrobeat and all this with a hint of spirituality!
€ 21,95

The Brussels based trio Don Kapot released their first EP on Mr. Nakayasi Records in 2018. They recently teamed up with the Belgian jazz / not jazz label W.E.R.F. records, with whom they released a limited edition cassette "Don Kaset" in October 2020. On April 4th they proudly present the release of a new full album: Hooligan. The album contains seven collectively written songs and takes the listener on an adventurous instrumental journey full of steaming grooves, unbridled joy in the game and humour. The album can be heard as a completely unhinged and idiosyncratic mix of punk, jazz, afrobeat and all this with a hint of spirituality.

After playing and touring together in Oghene Kologbo's band for a while, drummer Jacob Warmenbol and bassist Giotis Damianidis decided to join forces with baritone saxophonist Viktor Perdieus and Don Kapot was born in 2016. From joint improvisations, own compositions quickly emerged which blended the different musical backgrounds of each band member. It soon became clear that this musical cocktail would effortlessly break through all genre walls and that Don Kapot has as much in common with experimental rock bands like Deerhoof or King Gizzard & The Lizard Wizard as with adventurous jazz trios like those of Ornette Coleman. Influences from afrobeat, punk and krautrock are some of the main ingredients of this adventurous trio.