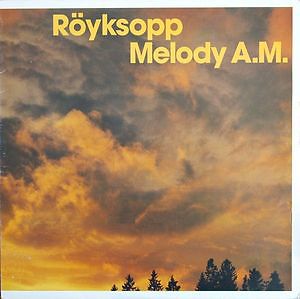 Postponed to September 2021, we'll ship asap when released / stock arrives (meanwhile pre-order is still possible) .... thanks for your patience and understanding.

"Hi there everyone! 20 years ago (!) we released the album «Melody A.M.». To mark the occasion, we are reissuing the album on heavyweight 2LP format. "