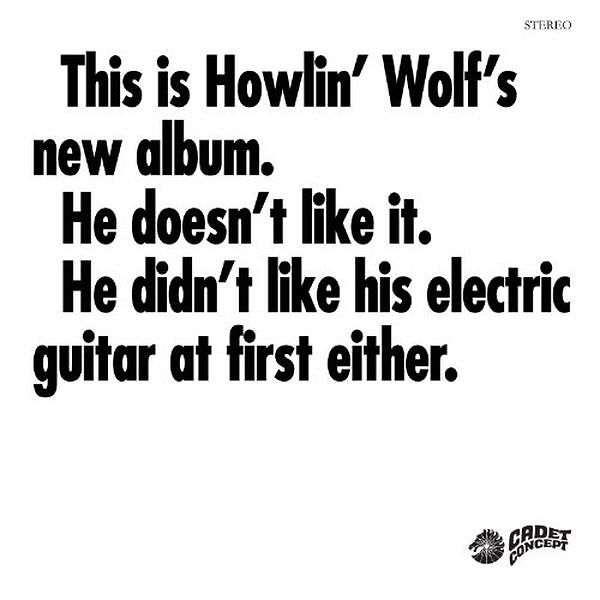 Label
Get On Down

Howlin' Wolf's New Album. He Doesn't Like It. He Didn't Like His Electric Guitar At First Either.

Howlin' Wolf was a Chicago blues singer, guitarist, and harmonica player, originally from Mississippi. With a booming voice and imposing physical presence, he is one of the best-known Chicago blues artists. No one could match Howlin' Wolf for the singular ability to rock the house down to the foundation while simultaneously scaring its patrons out of its wits. Producer Sam Phillips recalled, "When I heard Howlin' Wolf, I said, 'This is for me. This is where the soul of man never dies.'

This 1969 album with members of Rotary Connection as his backing band mixed blues with psychedelic rock arrangements of several of Howlin' Wolf's classic songs incl "spoonful". Howlin' Wolf strongly disliked the album, which is noted on the album's cover.