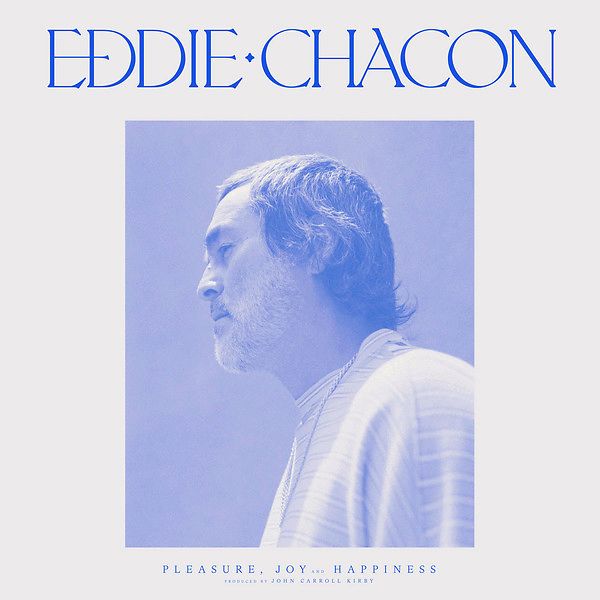 Eddie Chacon experienced proper, peak-nineties acclaim in the soul duo Charles and Eddie: they scored a global No. 1 in 1992 with 'Would I Lie To You', which was featured on the 'True Romance' original soundtrack. 'Pleasure, Joy And Happiness' is a thoughtfully considered album of quiet, confident R&B. Produced by John Carroll Kirby, who collaborated with Frank Ocean and Solange Knowles, it features percussionist Lamar Carter (Kanye West).

This is a thoughtfully considered album of quiet, confident R&B: it doesn't jump out at you, but rather gets in you. Produced by John Carroll Kirby, the like-minded artist and collaborator with Frank Ocean and Solange Knowles, it features restrained percussion from Kanye West’s Sunday Service drummer Lamar Carter. Celestial soul as a break from chaos, these are quietly challenging songs as timeless as they are contemporary.

“What a rare and cool challenge it was for me to help Eddie re-emerge after a long hiatus,” says John Carroll Kirby. “I was excited to produce a record for him that captured the chill, laid-back wisdom and easy vocal mastery he has that you don’t see that much these days.” Lead single “My Mind Is Out of Its Mind” finds a deep groove to try and contain spiraling heartbreak, while the sweet and fizzy “Trouble” balances the downcast “Hurt” and more tender “Papa.” But even the project’s lightest moments feel sincere and mature. Altogether: a truly unifying release, coming from a man who's earned the right to share such a regal, romantic sound.