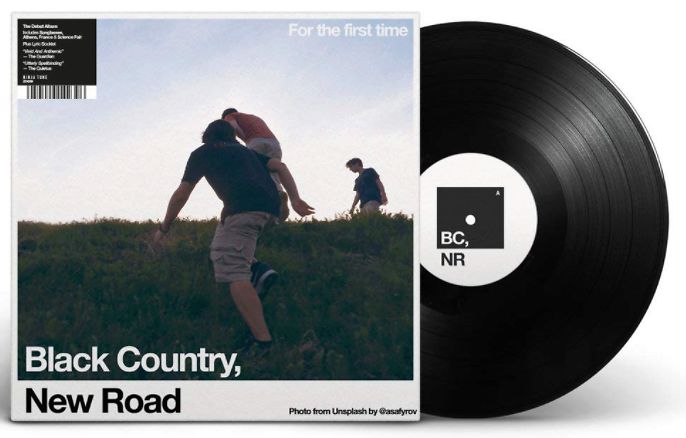 For many bands two songs is not a lot to go on. It’s a jumping off point or a sketch of what’s to come - it’s the primitive construction of a group's artistic foundations. Yet Black Country, New Road propelled themselves far and wide from their first two offerings to the world via 2019’s ‘Athens, France’ and ‘Sunglasses’.

What followed was being declared “the best band in the world” by The Quietus, glowing reviews from The New York Times to The Guardian, landing on the front cover of Loud & Quiet, a live BBC 6 Music session, selling out shows across the country including 3 shows totalling 1700 tickets in London, being invited to festivals in far flung places such as Slovenia and Lithuania, scheduled on prestigious festivals such as Eurosonic, Primavera and Glastonbury, finding themselves on French TV sandwiched between Sonic Youth’s Kim Gordon and Radiohead’s Ed O’Brien.

Their live performances gaining legendary status among fans of the emerging scene that coalesced around vaunted south London venue The Windmill, and which gave rise to many of their peers and contemporaries such as Fat White Family, black midi and Squid, artists with whom they have variously supported, toured with and collaborated with over the years.

However, despite the band coming out seemingly fully formed and bristling with a wiry tension that merged post-rock soundscapes with jazz-inflected post-punk, their debut album manages to straddle a perfect line between this early period incarnation and their ever burgeoning evolution. “We've matured a lot since we recorded those two tracks,” says saxophonist Lewis Evans, who makes up the band along with May Kershaw (keys), Charlie Wayne (drums), Luke Mark (guitar), Isaac Wood (vocals/guitar), Tyler Hyde (bass) and Georgia Ellery (violin). All tracks were recorded live over a six-day period in March with producer Andy Savours. The resulting album is one that reflects where the band were as a unit after a year of heavy touring. This was a place where deft, free-flowing and intuitive playing melded with tightly coiled eruptive moments. The new version of ‘Sunglasses’ begins with buzzing and crackling guitars unfurling in almost drone-like churns, whilst ‘Athens, France’ employs space thoughtfully, unravelling as a looser groove. “We wanted it to sound exactly how we love to sound live,” says Evans. This balance between tension and release, along with opening up more moments for pause and reflection, can be felt throughout.