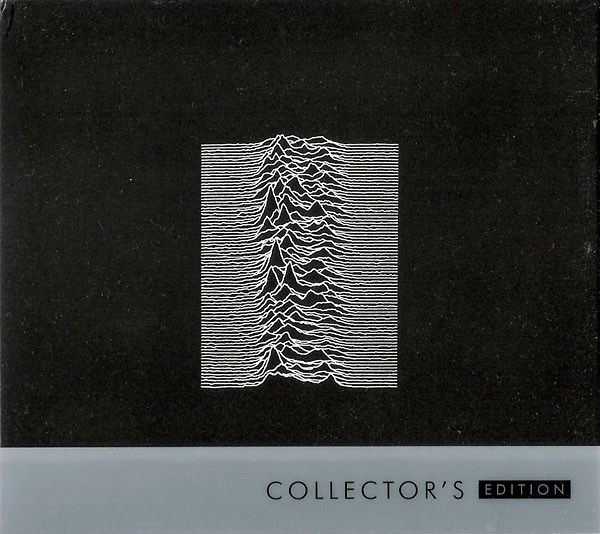 Unknown Pleasures is the debut studio album by English rock wave band Joy Division, released on 15 June 1979 on Tony Wilson's Factory Records label. The album was recorded and mixed over three successive weekends at Stockport's Strawberry Studios in April 1979 and was produced by Martin Hannett, who incorporated a number of unconventional recording and production techniques into the group's sound. The cover artwork was designed by artist Peter Saville. It is the only Joy Division album released during lead singer Ian Curtis's lifetime.

Factory Records did not release any singles from Unknown Pleasures, and the album did not chart despite the relative success of the group's non-album debut single "Transmission". It has since received sustained critical acclaim as an influential post-punk album, and has been named as one of the best albums of all-time by publications such as NME, AllMusic, Select and Spin.

Both CDs are held in a gatefold cardboard digipack which in turn is held in a firm plastic sleeve sporting Collector's Edition at the bottom. The plastic sleeve features a bar code sticker which reads: "Re-mastered studio album with bonus disc of a previously unreleased live show from The Factory, Manchester". The release features almost the original Factory Records artwork. A black and white 20-page booklet featuring new band interviews, photos and track overviews is also held in the digipack.