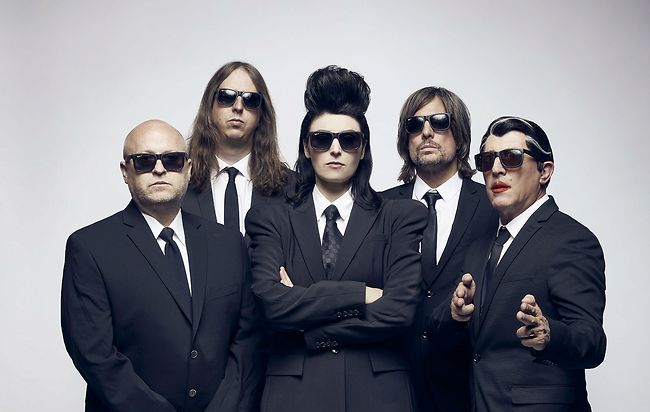 Puscifer is an American rock supergroup formed in Los Angeles by Maynard James Keenan, known as the lead singer of the bands Tool and A Perfect Circle. Puscifer's original name was Umlaut, "a premiere improvisational hardcore band". The name "Puscifer" was first publicized as a fictional band in the first episode of Mr. Show, an American Sketch/comedy show.

Keenan describes Puscifer as "simply a playground for the various voices in my head,  a space with no clear or discernible goals,  where my morals, desires and critical self all come together to exchange cookie recipes."