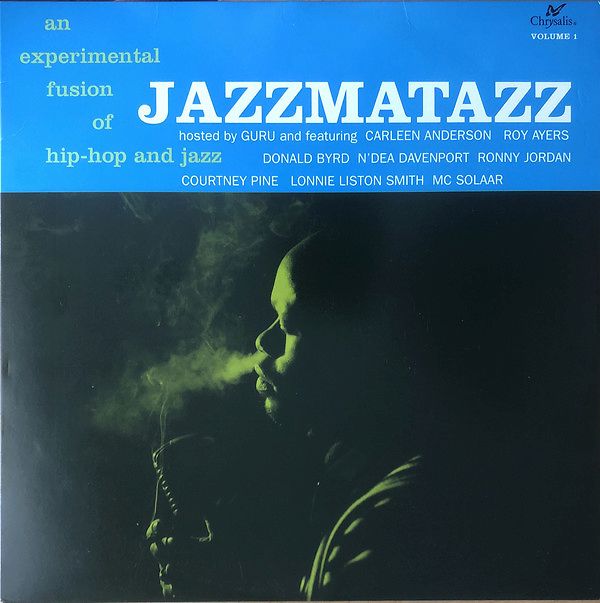 Guru's Jazzmatazz, Vol. 1 is the debut solo studio album by American hip hop recording artist Guru, released on May 18, 1993 on Chrysalis Records. This album is one of the first albums to combine a live jazz band with hip hop production and rapping. It is the first such project to feature established rappers. Live backing is provided by a band that includes Lonnie Liston Smith, Branford Marsalis, Ronny Jordan, Donald Byrd and Roy Ayers. The album also features vocal collaborations with Carleen Anderson, N'Dea Davenport (of the Brand New Heavies) Dee C Lee and French rapper MC Solaar. The variety of guest artists adds diversity and originality to each track, and gives the album a distinct jazz feel.

Guru, quoted in the album's liner notes, talked about his natural affinity for both jazz and rap. "Jazz's mellow tracks, along with the hard rap beat, go hand-in-glove with my voice," he said.

Guru's Jazzmatazz 1, originally released in 1993, is one of the first albums to combine a live jazz band with hip hop production and rapping. Guru had a vision and brought together a diverse group of jazz cats both old and new school; Lonnie Liston Smith, Branford Marsalis, Ronny Jordan, Donald Byrd and Roy Ayers and vocalists like Carleen Anderson, N'Dea Davenport (Brand New Heavies) and French rapper MC Solaar have cooperated on this classic album. Jazzmatazz proved to be a highly influential album and a huge commercial success.