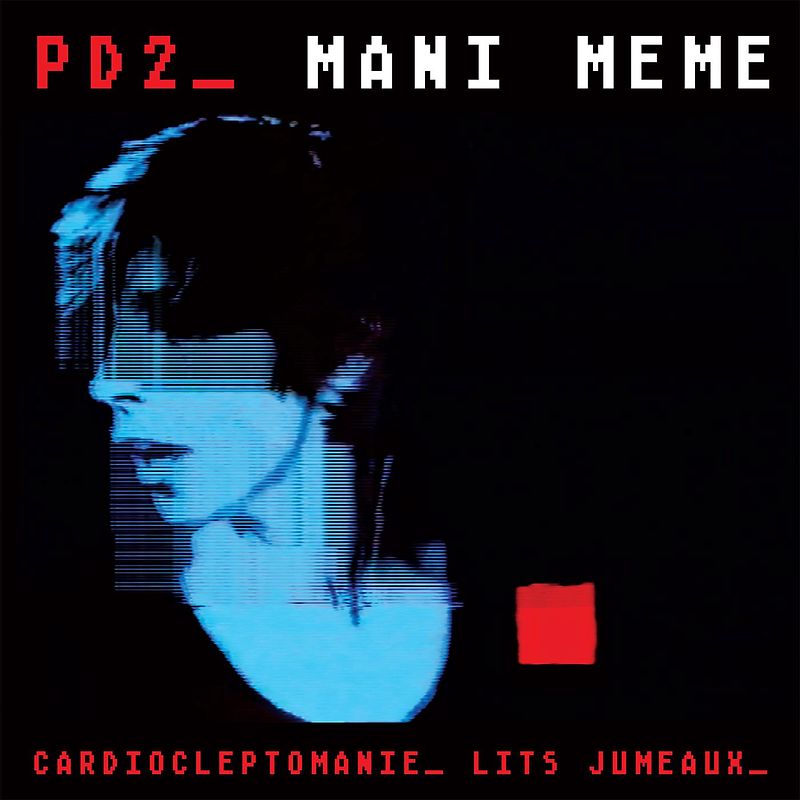 This 12" vinyl release of PD2 (Pas De Deux) brings together the remastered versions of the 3 best and timeless tracks from their repertoire.

MANI MEME is the opening song of Des Tailles, the 1983 album of Pas De Deux. However, when the album was released, all the attention went to their taking part in the Eurovision Song Contest with the song Rendez-Vous, an atypical Song Contest song. A later single release of the track disappeared in the obscurity of the eighties electro cult.

MANI MEME is a rather traditional pop song, written by De Nota, a previous collaboration project of Walter Verdin. Since De Nota hadn't had the chance to release any record, Walter Verdin decided to make a cover of the song with his new group Pas De Deux (with Dett Peyskens and Hilde Van Roy). For that reason, MANI MEME became the only song on the album with a female lead vocal (Dett Peyskens).

The idea to release the present 12" came up when GUCCI used the song for their remarkable Epilogue campaign since October 2020. On January 1st 2021, the video has already more than 3 million views.

CARDIOCLEPTOMANIE was the B-side of MANI MEME (1983). It's a minimalistic composition, based on a simple two-chords melody and one word. The song remained in obscurity until it appeared on some electro music compilations, e.g. The Hidden Tapes (Minimal Wave 2011) and TSOB (News 2013). It is the band's most streamed and downloaded track. A dark synth bass sound, simple superposed analogue synth melodies, multiple voices and percussion on a driving Linn drum machine. Timeless.

LITS JUMEAUX is Walter's first 'minimalistic song' and preferred Pas De Deux track. It was composed for a stage play in 1981, before the birth of Pas De Deux. It's a kind of litany that evokes the feverish feeling of weariness and boredom, a very common eighties topic. It could be the perfect corona anthem.