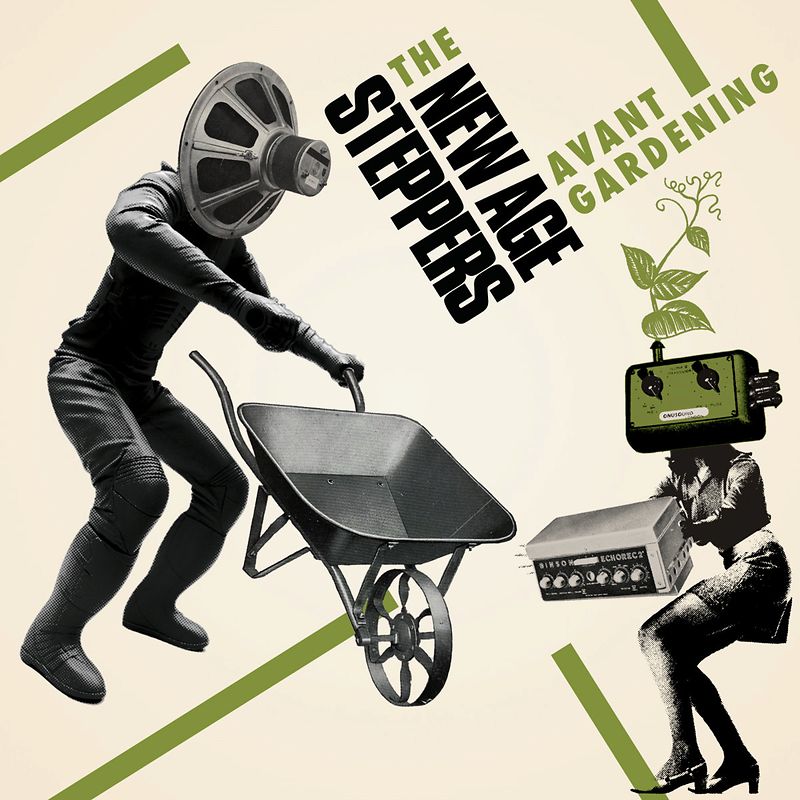 Rare dubs, version excursions and unreleased tracks from the vault 1980 - 1983.

In the tradition of archival On-U Sound compilations of recent years such as the Return Of The Crocodile and Churchical Chant Of The Iyabinghi sets for African Head Charge; and the Displaced Masters LP of early Dub Synidcate rarities, we’ve gone through the tape vaults to put together this special record of unreleased versions and rarities from the white hot early days of the New Age Steppers, the group that launched the On-U Sound label by appearing on both the first single and album.

Highlights include a restored track from their infamous and long-lost 1983 John Peel session (an ebullient cover of Atlantic Starr’s “Send For Me” featuring a beautifully spirited vocal performance from the much-missed Ari Up), the Jah Woosh deejay cut of “Love Forever”, some rare dubs previously only available on Japanese import CDs, all bookended by two very different takes on Chaka Khan’s “Some Love”. An essential set for collectors of post-punk, dub and other outernational sounds.

Aggro Dub Version is a version of Some Love from the third album Foundation Steppers, recorded 1983, and was originally released on the Japanese CD reissue in 2004.

Send For Me recorded at Channel One in 1982 and mixed at Southern Studios 12 June 1983 for a BBC Radio 1 John Peel Session, previously unreleased. It was also intended for inclusion on the never issued sequel to the Wild Paarty Sounds compilation.

Izalize recorded 1980, originally released on the Japanese CD reissue of the self-titled debut album in 2003, this rhythm also formed the basis of Snakeskin Tracksuit on the African Head Charge album Environmental Studies.

Unclear is a dub of Guiding Star from the second album Action Battlefield, recorded 1981, and was originally released on the Japanese CD reissue in 2004. A version of this rhythm also appeared on the Threat To Creation album as Eugenic Device.

Singing Love is a Jah Woosh deejay cut of Love Forever, originally forming part of the 12” discomix included on the flipside of the My Love 12” on Statik in 1981, first appearing in this edited form on the Japanese CD reissue of the self-titled debut album in 2003.

I Scream (Rimshot) was the b-side to the My Love 7” on Statik in 1981 and wasn’t included on the 12” or any subsequent New Age Steppers reissues. Vocals by Ari Up.

Avante Gardening recorded 1980, originally released on the Japanese CD reissue of the self-titled debut album in 2003. Melodica by Doctor Pablo and piano by Steve Beresford.

Wide World Version is a dub of My Whole World from Action Battlefield, recorded 1981, and originally released on the Japanese CD reissue in 2004. Clavinet by Kishi Yamamoto.

Some Dub brings things full circle and is another (very different) take on the Some Love rhythm, recorded during the sessions for Foundation Steppers in 1983.

Produced by Adrian Sherwood. Additional mastering and lacquer cut by Beau Thomas at Ten Eight Seven. Vinyl transfer by Sean Pennycook. Compiled by Matthew Jones. Sleeve design by Andy Martin aka Bill Bell, completing the circle 40 years later! Additional layout by Jools Williamson at White Fox Design. Inner sleeve photography by Kishi Yamamoto. Thanks to Steve Barker and Jethro Binks for advice and rhythm identification. Extra special thanks to Patrick Dokter for his love, care, and diligence in maintaining the On-U tape vault, and Richard Davies for the invaluable resource that is the Skysaw On-U site.