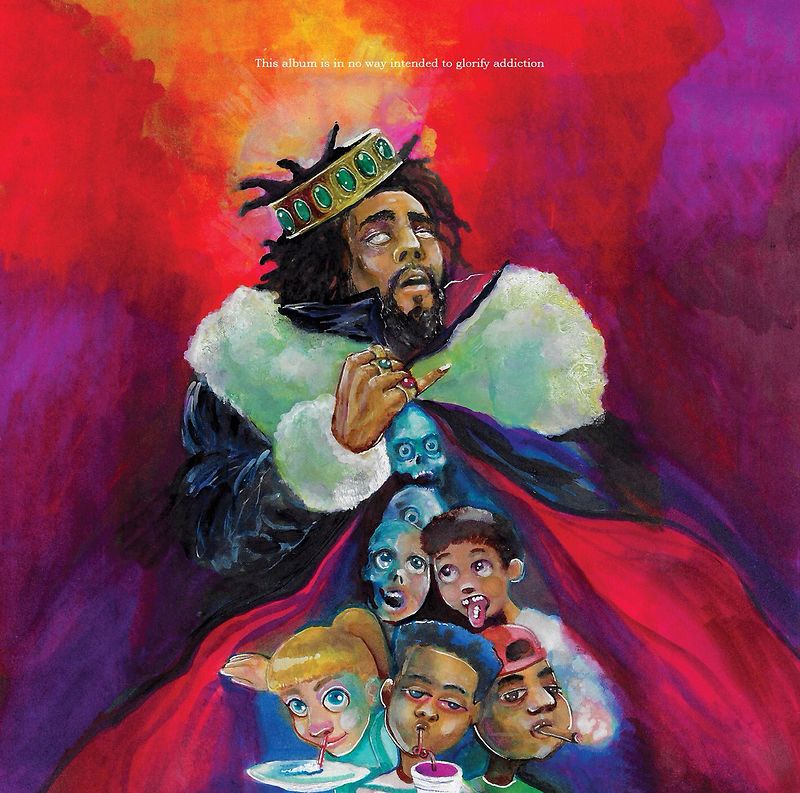 KOD (an initialism for Kids on Drugs, King Overdosed and Kill Our Demons)[3] is the fifth studio album by American rapper J. Cole. It was released digitally on April 20, 2018 through Dreamville Records.

The album's title carries three different subtitles: Kids on Drugs, King Overdose, and Kill Our Demons.On April 19, 2018, Cole released the album's trailer, in the trailer Cole broke down the meaning of the album title, he explained:

“If I turn on the TV right now, it’s not going to be long before an advertisement pops up that says ‘are you feeling down? Have you been having lonely thoughts?’ And then they shove a pill in your face” the voice says of the Kids on Drugs title. The second meaning, King Overdose is representing me… the times that I was — and am — afflicted by the same methods of escape, whether it be alcohol, phone addiction, women… Lastly, Kill Our Demons represents breaking free of past trauma. That’s the end goal, to face our shit, realize we have some shit going on inside—everybody, I realized everybody family is fucked up because nobody is fucking perfect. Whether you want to or not, you’re going to fuck up your kids in some type of way, because you got fucked up in some type of way.. the plan is to fuck your kids up the least amount possible. The first response to any problem is to medicate. Kill Our Demons is like, finding that shit, whether it be from traumatic childhood experiences, whether it be from a lack of attention, confidence issues, insecurities—whatever it is, we gotta be honest with ourselves. Look in the mirror or look inside and ask ourselves questions, like what's causing me to run to this thing as an escape? And once I find the root of that, let me look it in its face an see what it really is