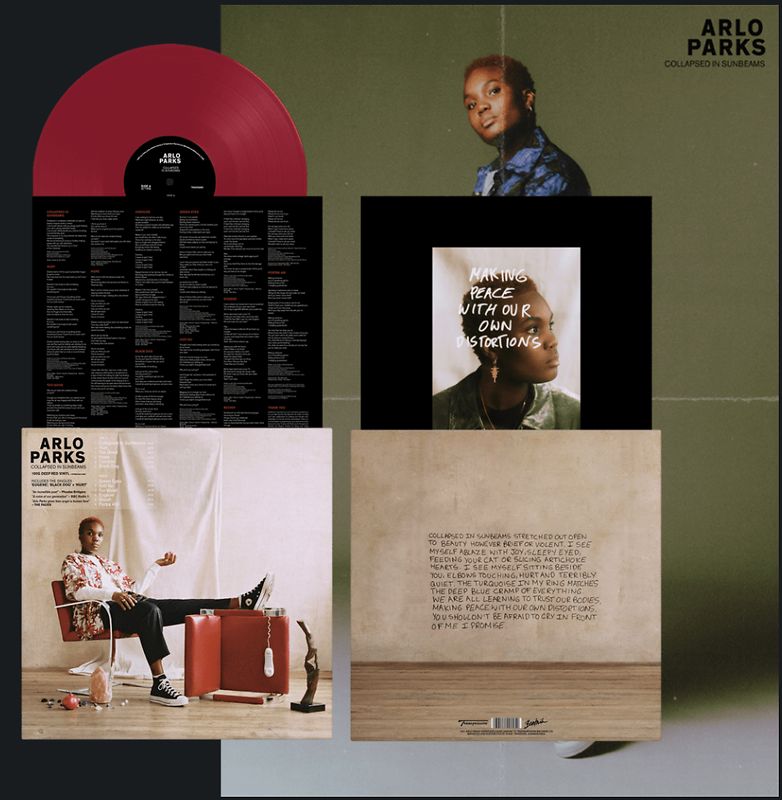 She says, "This is a song about self-discovery, self-acceptance and adolescence. It is supposed to uplift and comfort those going through hard times."

Speaking about her debut LP, Arlo says "My album is a series of vignettes and intimate portraits surrounding my adolescence and the people that shaped it. It is rooted in storytelling and nostalgia - I want it to feel both universal and hyper specific."

The news follows the release of Arlo's recent singles "Hurt" and "Black Dog", both of which were playlisted simultaneously on BBC Radio 1 and BBC 6 Music A-lists and have amassed millions of streams worldwide. Arlo also lends her vocal to the current Glass Animals single "Tangerine", which was released last week, and Fraser T. Smith's new track "Strangers In The Night" - the two recently performing the song on Later.. with Jools Holland.

2021 continues to see Arlo ascend, recent press features have seen her grace the cover of Evening Standard Magazine, NME and Dork Magazine as well as being included on the 2020 Dazed 100 List. And all whilst performing stand-out shows for the revered COLORS and NPR's Tiny Desk series - plus being one of only three artists to perform at Glastonbury this year. She was recently asked by Phoebe Bridgers to accompany her for a Radio 1 Piano Session, where the pair performed a cover of Radiohead's "Fake Plastic Trees".

Arlo has also been named an ambassador for the British mental health charity, CALM. Whilst her songwriting has seen her gain new fans in; Billie Eilish, Florence Welch, Michelle Obama, Angel Olsen and Wyclef Jean, among others.