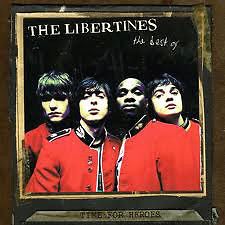 Time for Heroes – The Best of The Libertines is the greatest hits collection by English rock band The Libertines, originally released in October 2007 on Rough Trade Records.

The album is the first material to be released by the group, who split up following a deterioration in the relationship between Pete Doherty and the other members of the band, since the single "What Became of the Likely Lads" in October 2004.

The album contains no previously unreleased materia. However, it includes non-album singles ("What a Waster" and "Don't Look Back into the Sun") and several b-sides ("Mayday", "The Delaney" and a rerecording of "Death on the Stairs") some of which were released as bonus tracks on various editions of the band's albums.

More by The Libertines