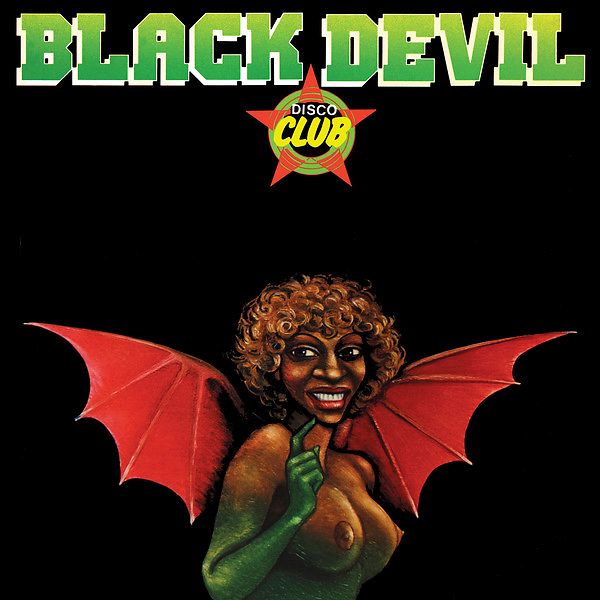 Black Devil, or Black Devil Disco Club, is an electronic disco music project by Bernard Fevre, a French musician who also released synthesizer compositions on library music albums under his own name and under the alias Milpatte.

The first Black Devil release was the relatively obscure "Disco Club" 6-track EP in 1978. The actual artist name and album title are ambiguous; releases, reviews, and even the official artist and label websites use "Black Devil" and "Black Devil Disco Club" interchangeably.

Songwriting credits on the EP named Junior Claristidge and Joachim Sherylee, aliases for Bernard Fevre and Jacky Giordano, respectively. In a 2007 interview, Fevre explained that Giordano's role wasn't musical, he just financed the recordings, and the co-writing credit was a way of recouping that investment.

The 1978 EP was reissued in 2004 on the Rephlex label. Collectors unaware of the original LP release initially speculated that the reissue was a hoax by Rephlex founders.

The reissue press release read as follows: "Originally released on Out Records way back in 1978, Black Devil’s “Disco Club” is an extremely rare disco masterpiece, an epic journey into the deepest electronic disco ... The record was discovered by Rephlex’s own PP Roy for 20 pence at a car boot sale, and quickly found favour with friends Richard D. James and Luke Vibert. The record has received heavy road testing from Richard and Luke, and original copies are on the net for up to £200...

Keen as ever to share fantastic music, label co-founder Grant Wilson-Claridge has managed to secure the exclusive license for Rephlex, unwittingly beating Metro Area’s Morgan Geist (a longtime fan) to the snap!.... It was made manually in a recording studio in the suburbs of Paris using synths and occasional tape loops and a drummer: no midi or computers..."