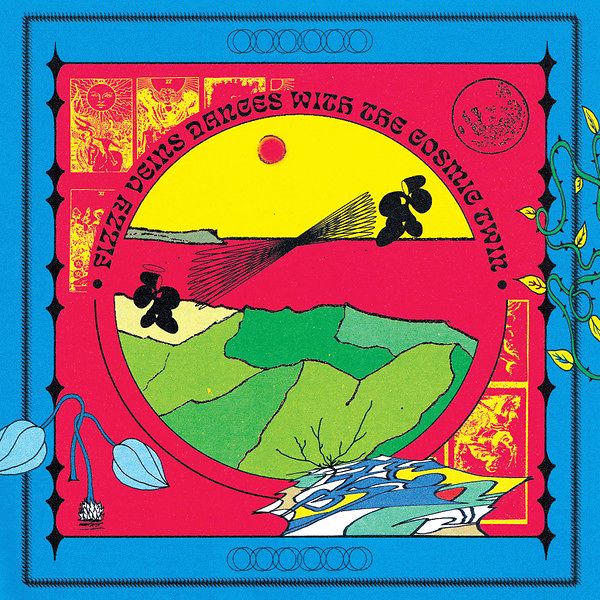 ‘Dances With The Cosmic Twin’ is Fizzy Veins’ five year+ follow-up to his clutch of mid-decade singles for the likes of R=A and Bedroom Baadman. Its release was spurred by SotN witnessing Fizzy Veins play a live set to bemused heads at Meakusma festival in Belgium, and delivers eight songs that clearly impart a sort of groggy day in a field feel, with offbeat grooves and lowkey vocals gelled by warm and sozzled synths. Think Wah Wah Wino meets Tapes and Jimi Tenor at a fantasy fest and you’re on the right track.

An effortless album nose to tail, it checks in with the effervescent broken beat dub of ‘Secret Tripping’ and lolls along sublime lines of blue-eyed synth soul in ‘Drop the Hood’ and the jazzier burnish of ’Silver Medal’, to the sort of freaky electro-funk we’d expect from the Porridge Bullet crew on ‘Favourite Winter Jacket’, an ace disco-dub stepper akin SKRS Intl. in ‘Darts Champ’, and the anti-gravity step of ‘Moonlight Tascam’, tied off with a ribbon of breezy electro-dub in ‘Hey Where Did You Go’.