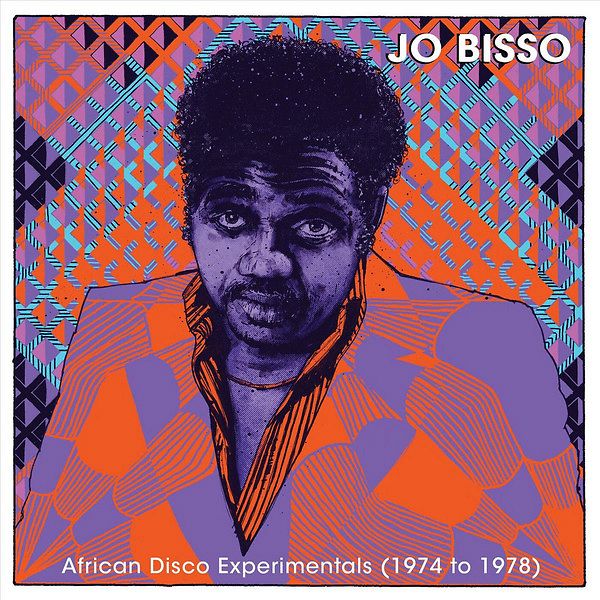 Whilst Bisso's immersion in Disco was based around it's energy and musicality (rather than any associated hedonism), 'African Disco Experimentals (1974 to 1978)' paints a picture of an artist dedicated to the underground club side of the scene, rather than focused exclusively on the fast emerging pop potential of the sound at the time.

The album's tone is set by 3.20 mins of building, tribal percussion and rolling rhythms of the opener 'Love Beat', a 'strictly dancefloor' approach mirrored in the near 11 mins of 'Love Somebody', building from soulful keys to deep bass funk, extended percussion breaks, joyous squelchy Moog licks, breathy vocals and more (interesting footnote : Bisso is credited as Producer / Writer / Arranger, but 'Recorded by' is attributed to Joe Chiccarelli, better known in recent years for his work with The White Stripes, Shins, and Broken Social Scene.)

Still clocking in at a healthy 6 mins plus, "The Mystery With Me" (1978) makes a nod towards more radio friendly waters with it's hooky, floaty choruses and tight structures (a then 22 year old Arthur Baker is credited as sole writer on Discogs - Bisso himself doesn't seemed convinced by this idea, but that's another story...)

'Let's Keep it Together' (1977) loops the song title over a slower groove, with free form electric guitar licks adding new textures, whilst 'Disco Madonna' (1976) showcases Bisso at his most playful, combining spoken word Hispanic vocals, rattling percussion and more of the always welcome Moog, switching up keys at the end for an unselfconsciously camp finale.

And if anything sums up the ambition of Bisso's work in the field at the time, 'Play Me' (1978) can lay claim to being the magnum opus. It's presented here as a continuous 16 minute extravaganza (as opposed to the 4 parts it came in originally) : lush strings, hypnotic vocal sections, irresistible basslines, crisp drums, the odd Barry White style interjection, disco moans, the occasional nod to a chorus vocal. None of it seeming in much of a hurry to go anywhere in particular, choosing instead to joyfully revel in the expansiveness of the form.