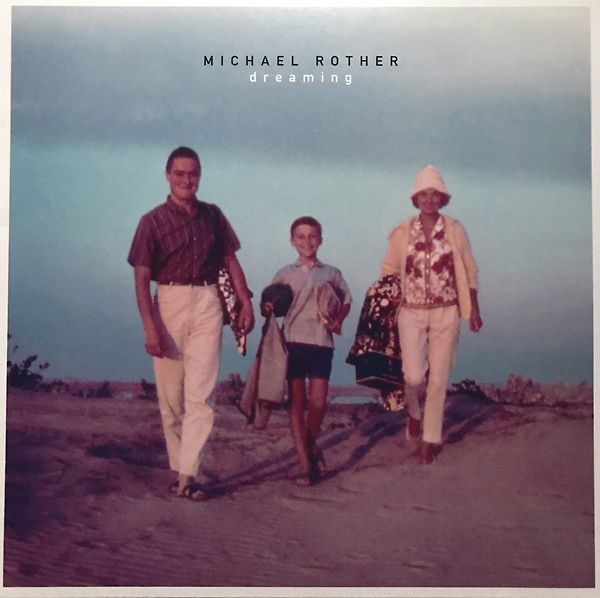 With a  50 year plus music career, Michael Rother is one of modern German music’s great trailblazers. A founder member of NEU! with Klaus Dinger, Rother helped to pioneer Kosmische Musik. There was also the Harmonia project with Hans-Joachim Roedelius and Dieter Moebius of Cluster which led to him becoming the original first choice of David Bowie to play guitar on ‘Heroes’, although that promising partnership never became reality. When NEU! split after three albums in 1975, Rother embarked on an acclaimed solo career which over nine albums gave him prestige as Germany’s answer to Mike Oldfield.

One of the reasons that it has taken Rother so long to record a new album has been the popular demand for him to play live, thanks to a renewed interest in NEU! initiated by their album reissue programme by Grönemeyer via his Grönland Records in 2001. But the worldwide lockdown left Rother alone at his home studio in Forst by the River Weser in Lower Saxony. Missing his Italian partner and unable to do shows, his need to express himself was channelled into a new record.

With the idea that dreams are what the brain generates at night to cleanse the mind of stress by connecting to positive emotions, this album has captured a guarded optimism as a reaction to the melancholic isolation that has undoubtedly affected everyone these past lockdown years...