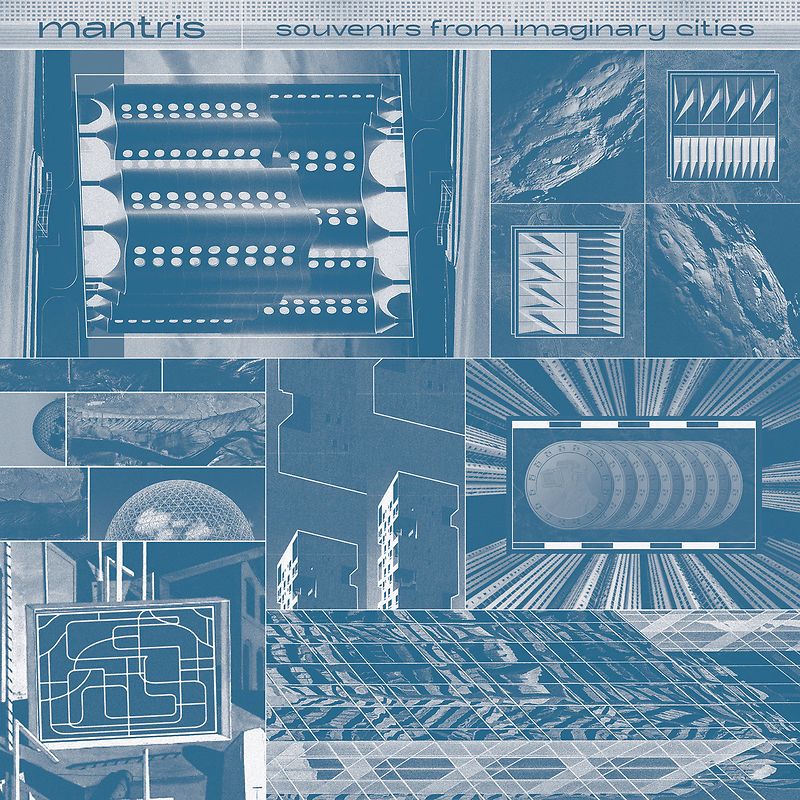 It has been almost 30 years since Mantris shared music with the world. Together with his good friend Christoph Waelkens, the producer was the driving force behind pioneering house outfits The Black Sun and Brown Hardware Inc. Their creative connection led to three consecutive releases in 1992 on cult label Elektron, a short-term sublabel of USA Import Records. A productive music career was forecasted, but Mantris vanished into thin air and no more music was ever heard of him.

Until early 2020, when Brussels based Kong DJ got his hands on a mysterious playlist. Sent from Bombay in India, little information was annexed apart from a reference to the above mentioned records Mantris produced - favorites in Kong’s record bag for many years. Blown away by what he heard, the DJ decided to launch a new record label and invited good friends Hill Men to join forces. Borrowing the original playlist’s title ‘Souvenirs From Imaginary Cities’ as label name, their first release is what you hold in front of you.

Mantris, real name Dirk Eggermont, prefers to stay under the radar. In his small apartment in Bombay he hasn’t stopped making music ever since he left Belgium twenty years ago. He composes instinctively, far away from hypes and contemporary scenes, creating intriguing and timeless jams. Utterly cinematic, his story-telling is rich and fantasy provoking. Each of the 10 tracks pencils a singular atmosphere, yet the 40 minutes entirety comes as a coherent whole full of surprising sounds and meandering dreams. Close your eyes for a unique musical vision here offered as a 12” album, reminiscing of the finests UK leftfield experiments, Detroit future sounds of jazz and sophisticated house not house.