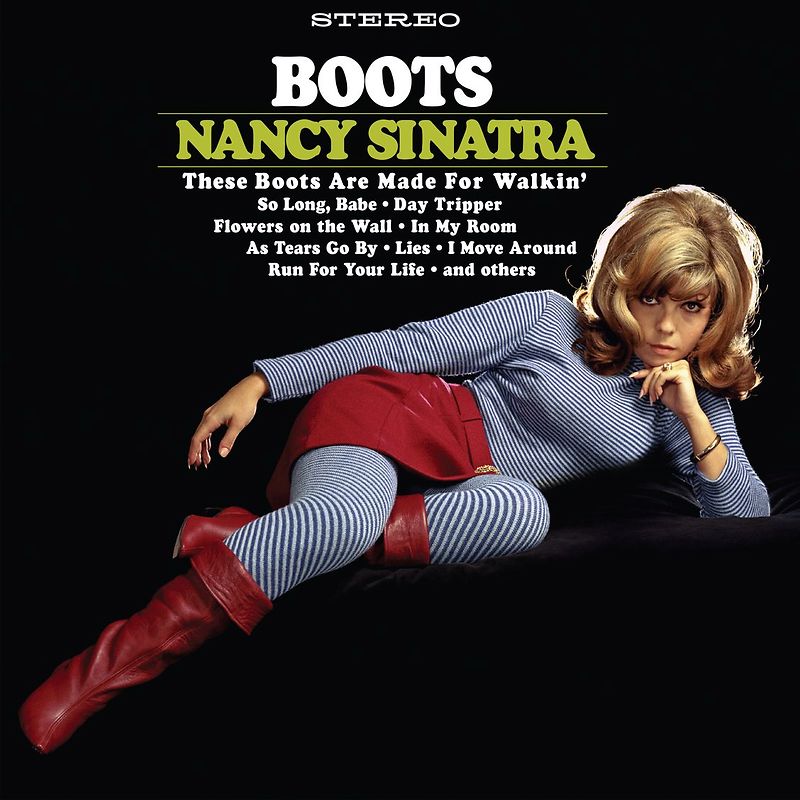 The 1966 million-selling debut LP that introduced the sassy, blonde, go-go booted icon to the world!
€ 39,95

The 1966 million-selling debut LP, introduced the sassy, blonde, go-go booted icon. Built around her Lee Hazlewood-penned hits, “These Boots Are Made for Walkin’” and “So Long, Babe”, the folk-rock era milestone album features songs by The Beatles, The Rolling Stones, Bob Dylan, Hazlewood and more.

The catchy and jangly pop hooks performed by the famed Los Angeles session musicians, The Wrecking Crew and Billy Strange’s innovative arrangements provided the perfect sound to help Nancy capture the attention of the world.

Remastered by John Baldwin from the original analog tapes and featuring two bonus tracks, “The City Never Sleeps At Night” and the previously unreleased “For Some”.

The accompanying 20-page booklet features a new Q&A with Nancy by GRAMMY®–nominated co-producer Hunter Lea, and a treasure trove of never-before-seen photos from Sinatra’s personal archive.