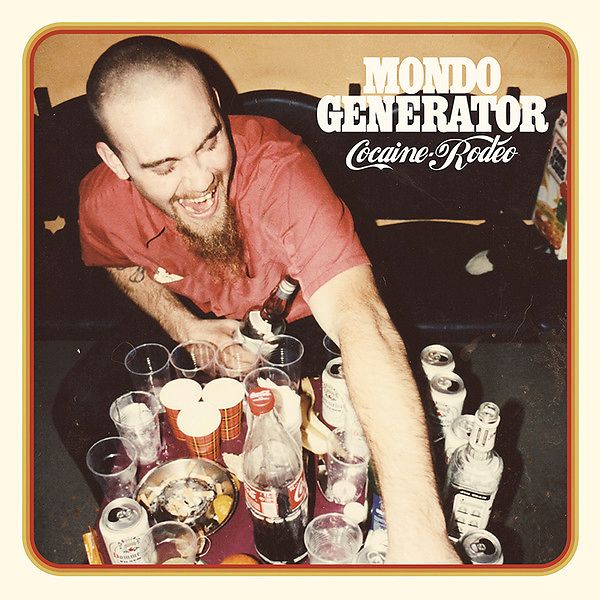 20th anniversary repress! Prior to the formation of Queens Of The Stone Age, bassist/singer Nick Oliveri recorded some originals with ex-Kyuss bandmates Josh Homme (guitar) and Brant Bjork (drums), plus Karma To Burn's Rob (drums) and others. But once recording was completed, Oliveri decided to shelve the tapes; it wasn't until several years later (well after Queens Of The Stone Age began to establish themselves) that the bassist decided to release the songs on a friend's indie label, Southern Lord Records. Going by the name Mondo Generator, 11 tracks were compiled for the 2000 release 'Cocaine Rodeo'.

The majority of the songs are much more raw and hardcore/punk-based than Oliveri's output with QOTSA, as evidenced by such tracks as 'Shawnette,' 'Uncle Tommy,' 'Unless I Can Kill,' and 'I Want You To Die.' Limited to 300 copies on yellow/black splatter vinyl