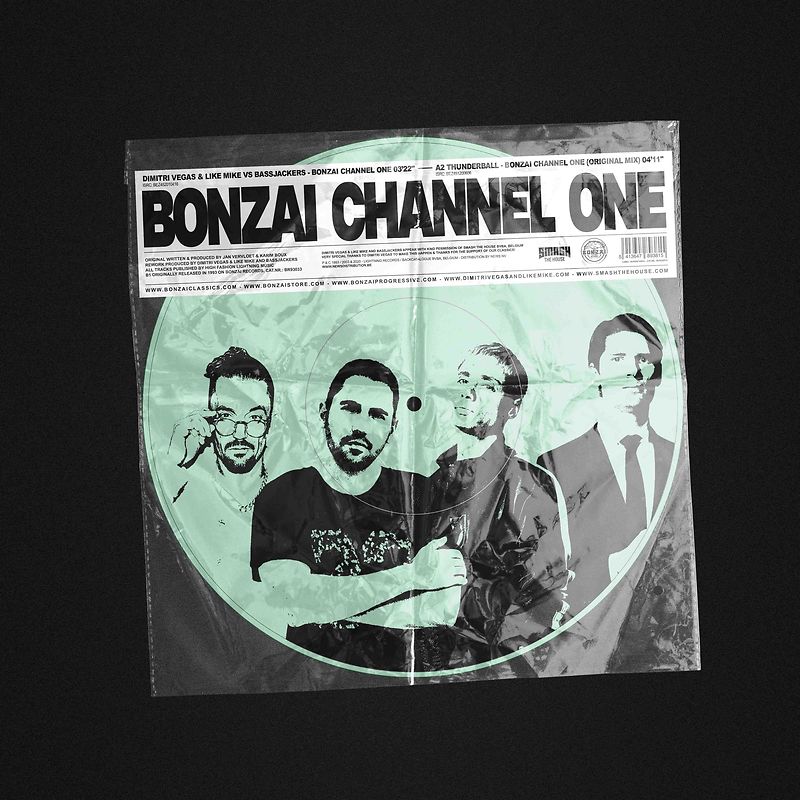 Bonzai have teamed up with Smash The House, bringing a brand-new twist on an absolute classic, Bonzai Channel One.

Bonzai have teamed up with Smash The House, bringing a brand-new twist on an absolute classic, Bonzai Channel One. For this special release, we’ve went for the vinyl look and, to make it even more appealing, the disc will be housed in a transparent sleeve with grooves cut into the A side only. The B side will feature an exclusive design. There will also be a digital release via Smash The House, something for all. The culprits behind the rework are Belgium based DJ and producer brothers, Dimitri Vegas & Like Mike who have joined forces with DJ and producer duo Bassjackers to deliver a rip-roaring take on a popular classic. Between them, this double duo has torn up parties and festivals all over the world, wowing crowds with their energetic sets. You could literally write a book about their exploits, but we’re not here to read a book, we’re here to party. So, enjoy this superb tribute and don’t forget to go mental on the dancefloor.

The reworked track opens with a solid, thumping kick drum and rhythmic percussion arrangement. That famous vocal drops before adrenaline infused stabs are delivered by a relentless synth line, the one we all know and love. A nifty bit of time stretching transforms the sound, giving that contemporary edge which leads to a mega build up resulting in a raucous climax and then into full-on mode. We’re treated to a wonderfully nostalgic thrill ride with all the qualities of the original, and then some. An absolute monster of a tune, one that will rock clubs and festivals alike. On the same side we have that infamous 1993 original from Jan Vervloet and Karim Boux. Bonzai Channel One would become a firm favourite in many jump-style sets. The spoken vocal is famous around the world and has become synonymous with the harder Bonzai sound. Then you have the infectious ‘zai zai zai zai’ vocal which always gets the crowd moving. Always a great choice for the more upbeat party.