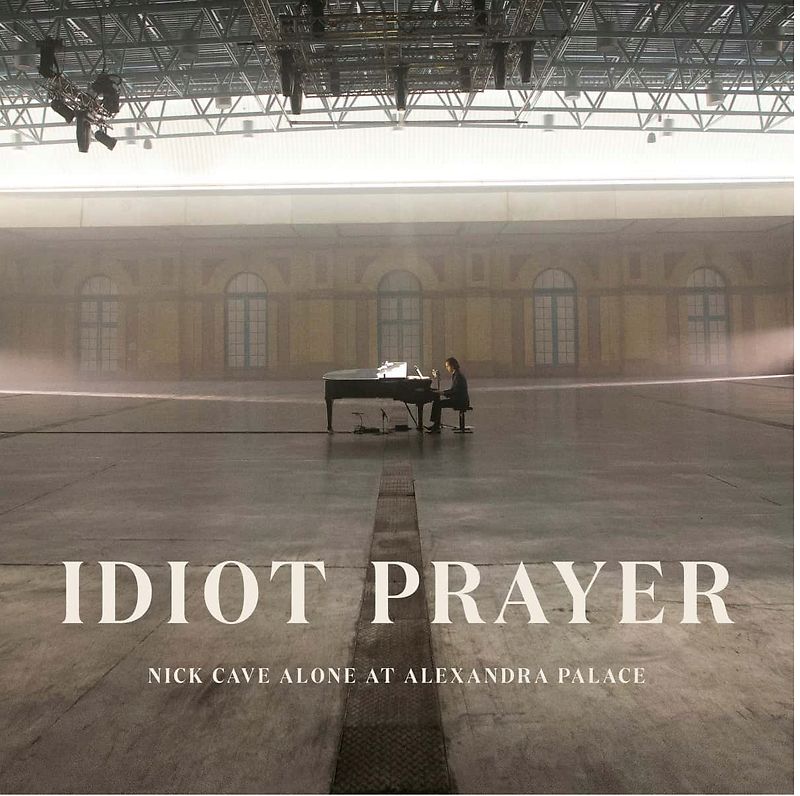 Nick Cave performs solo at the piano, in a film shot this June, at the iconic London venue.

As with other musicians, Sir Nick couldn't tour during the Covid mess and so donned his blackest suit and streamed himself playing without an audience in a big, empty room at Alexandra Palace. The results were, of course, breathtaking as Cave gave a sombre performance straddling output from his entire career.

Following the online streaming event in July, audiences will have another chance to experience Idiot Prayer – Nick Cave Alone at Alexandra Palace as it screens in cinemas globally from 5 November, featuring four unseen performances.

The cinema release will be followed by an album on 20 November.