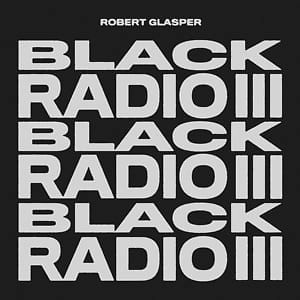 Glasper assembled another hip-hop r&b all star cast to feature on his new album!
€ 41,95
Add to wishlist
PICK-UP AT SHOP / FREE SHIPPING FOR ORDERS WITHIN BELGIUM AND EXCEEDING € 100 (FYI: we notice delays at Bpost which are out of our hands, if you want to be a 100% sure about delivery date, best choose pick-up) / Shipping costs are dependent on various factors and are calculated in your shopping cart. Add this item to your cart to see the shipping cost. Or pick up your order at our store in Ghent.

Robert Glasper has officially revealed the details for his long awaited “Black Radio 3” album. The project will release on February 25th, 2022, which is almost exactly 10 years from the date his original highly regarded “Black Radio” album came out.

As he’s been known to do with each of his projects, Glasper assembled an all star cast to feature on “Black Radio 3”. The album will include appearances from Q-Tip, BJ the Chicago Kid, H.E.R., Lalah Hathaway, Common, Musiq Soulchild, Ledisi, Jennifer Hudson, India Arie, PJ Morton, and many more.

If the album is anything like the original two releases in the Black Radio series, this will be an instant classic. Stay tuned.

06. Better Than I Imagined

07. Everybody Wants To Rule The World