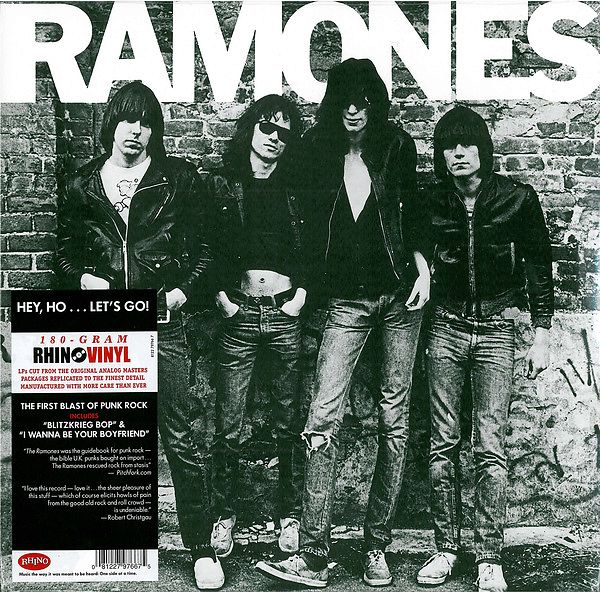 Ramones is the debut studio album by American punk rock band the Ramones, released on April 23, 1976 by Sire Records. Violence, drug use, relationship issues, humor, and Nazism were prominent in the album's lyrics. The album opens with "Blitzkrieg Bop", which is among the band's most recognized songs. Most of the album's tracks are uptempo, with many songs measuring at well over 160 beats per minute. The songs are also rather short; at two-and-a-half minutes, "I Don't Wanna Go Down to the Basement" is the album's longest track.

Ramones peaked at No. 111 on the US Billboard 200 and was unsuccessful commercially, though it received glowing reviews from reputed critics. Many later deemed it a highly influential record, and it has since received many accolades, such as the top spot on Spin magazine's list of the "50 Most Essential Punk Records". Ramones went on to inspire many bands including Sex Pistols, the Buzzcocks, and the Clash. Aside from sparking the punk rock scene in both the US and the UK, it has had a significant impact on other genres of rock music, such as grunge and heavy metal. The album was ranked at number 33 in Rolling Stone's "500 Greatest Albums of All Time" in 2012.