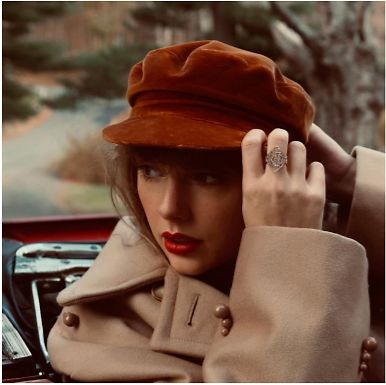 It is a re-recording of Swift's fourth studio album, Red (2012), following her first re-recorded album, Fearless (Taylor's Version), which was released in April 2021. The re-recording is Swift's counter measure against the changed ownership of the masters to her first six studio albums.

The track list was unveiled on August 6, 2021, confirming collaborations with Phoebe Bridgers, Chris Stapleton, and Ed Sheeran on the album's "From the Vault" tracks, which are songs that were originally written for Red but did not make the final cut. It includes "Better Man" (2016) and "Babe" (2018), written by Swift and later recorded by American country music bands Little Big Town and Sugarland, respectively, her 2012 charity single "Ronan", and the highly requested 10-minute version of "All Too Well".