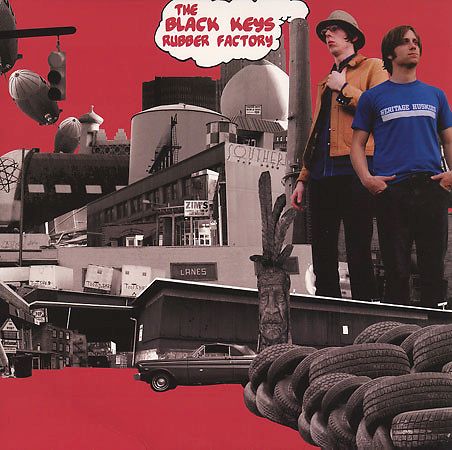 Rubber Factory is the third studio album by American rock duo The Black Keys. It was self-produced by the band and was released on September 7, 2004 on Fat Possum Records. The album was recorded in an abandoned tire-manufacturing factory in the group's hometown of Akron, Ohio.

The Black Keys recorded their first two studio albums in drummer Patrick Carney's basement. For their third studio album, the band was forced to find a new recording location, as the building that Carney lived in was sold by its landlord. They decided to set up a makeshift studio in a dilapidated factory in their hometown of Akron, Ohio that was previously used by General Tire to manufacture rubber tires. The band rented the entire second floor of the building for $500 per month, dubbing their workspace "Sentient Sound". General Tire closed the factory in 1982, though space in the building was still being leased out at the time of recording. Of the factory, Carney said it was "not really ideal in any way. It's too far away. It's on the second story. It's hot as hell. You can't open the windows. The acoustics are horrible." For recording, the group used a mixing console that Carney purchased on eBay from a former sound technician for Canadian rock band Loverboy. Frequent malfunctions with the console stretched the sessions nearly five months; the group ultimately ditched the console in the factory after completing Rubber Factory. The album was recorded on recycled tape provided by the band's record label Fat Possum from its studios in Mississippi.