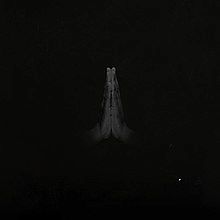 SAULT are back once again with a whole new 15-track album called UNTITLED (Rise).

UNTITLED (Rise) is a more upbeat album this time around, a collection of disco-infused R&B and live funk. There’s a carnival mood on ‘I Just Want To Dance’ orchestral disco-funk on ‘Street Fighter’, house-boogie on ‘Fearless’, easy listening boogie of ‘Son Shine’, Gil Scott Heron-esque soulful protest music on ‘The Beginning & The End’.

It’s a remarkable followup to a brilliant album mere weeks after its release, fusing modern soul, disco and funk with escapist abandon that while it tries to divert temporarily from the pertinent and current struggle of black people, it cannot help but permeate the album. ‘Uncomfortable’ lays it bare and direct – “why do you keep shooting us?”