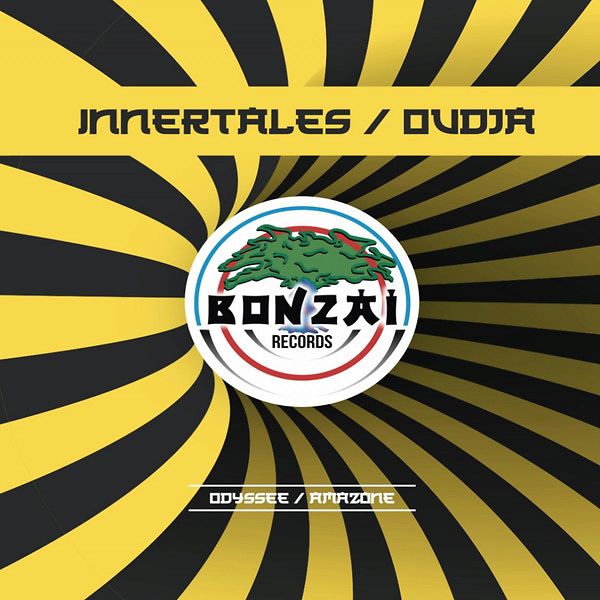 The late, great Philippe Van Mullem aka Quadran was the man behind Innertales, this project was a much deeper concept than his previous and latter outputs which revealed another layer to this guy’s talent. Responsible for putting us on course in the progressive trance scene, Philippe has left behind an unparalleled legacy, and while he may no longer be with us, that legacy remains strong. Odyssee, originally a B-side on Innertales – Part Two (Hard Times Recordings) takes us on a surreal, emotional, melodic fuelled trance journey. Soft notes are encapsulated by striking pads and gentle arpeggios. A solid bassline ties the track together while a tight drum arrangement keeps the groove flowing.

On the flip we find Oudja aka Gregory Dewindt and his superb Amazone which also started life on Hard Times Recordings as a B-side to Opium. The track was picked up on Bonzai Trance Progressive some years later and became an instant hit with a few remixes thrown in. Gregory is responsible for a whole raft of releases for us across many labels and sub-labels. Blue Alphabet, Cyclop, Jaga, Limited Growth and for a time, Phrenetic System are just a few of the projects he was involved in. He certainly contributed to shaping the Bonzai sound. Amazone typifies the era, with quality and style oozing from the track. A strong, heavy kick drum opens the track before classic breaks style percussions come through. That mesmerizing main hook takes over along with the infectious bassline, sending the floors into a frenzy. The track builds to a symphony of violins before coming back down, leaving us wanting more.