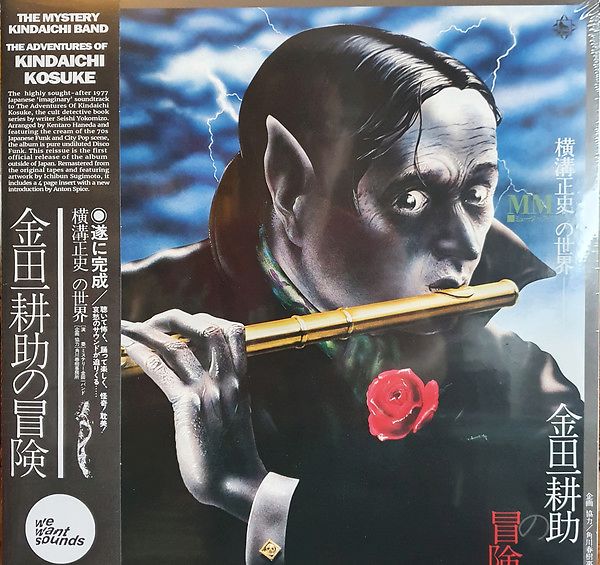 The ‘imaginary’ soundtrack to the adventures Of Kindaichi Kosuke, the cult detective book series by writer Seishi Yokomizo is on many DJ want-lists. Arranged by soundtrack master Kentaro Haneda and featuring a mysterious group of the best 70s Japanese Funk musicians, the album is pure undiluted Disco Funk.

This reissue is the album's first official release outside of Japan. Remastered from the original tapes, it features artwork by renowned illustrator Ichibun Sugimoto, OBI strip and a 4 page insert with a new introduction by British journalist Anton Spice.

Japanese disco-funk of the highest order!