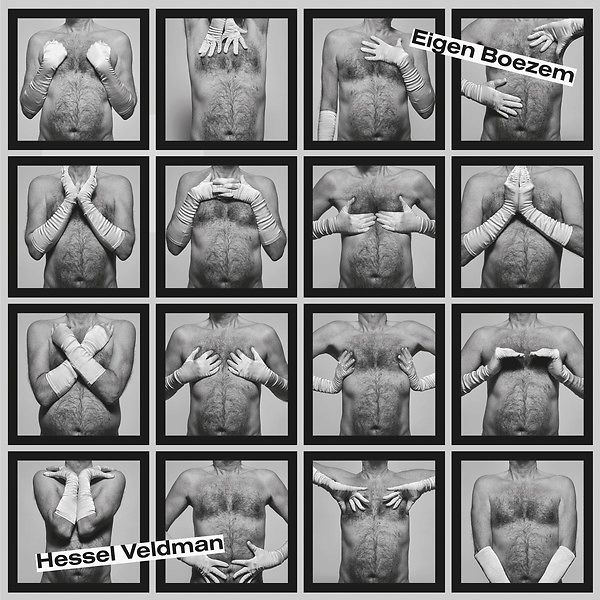 Tucked away in the Dutch underground of the early 80’s a young Hessel Veldman created his own music world in the small industrial sea town of IJmuiden. It was a world recorded on tapes and reels. A world where things happened according to personal logic based on sonic exploration, electronic sounds and improvisation. The approach was intimate, at times light-hearted, but often following deep inner contemplation and total immersion in the creative process. Above all, music was made according to the Do-It-Yourself principle of the home-taping culture.

The home-taping network established itself globally during the late 70’s and kept blooming throughout the 80’s. It was a self-exploring, self-sustained music culture of people sending each other home recorded music material on cassettes. No external music industry was interfering with the musical works. The making of the music, the different releases and the labels were all self-managed. Wonderful international cassette compilations were created that showed the intensive musical exchange at play between the home-tapers. Cassettes were often accompanied by all sorts of printed matter and resulted in little pieces of individual artworks. Hessel Veldman played a protagonist role in the Dutch home-taping network while also maintaining a large international network of contacts.

Under the moniker Y Create (Why create? or Ymuidense creations) many cassettes were recorded at home as well as in collaboration with others. Simultaneously, Veldman created his own cassette label Exart with his wife Nicole Veldman on which their own and other artists productions were published. The label was created to spread and exchange experimental and improvised music made in home-studio’s. The Exart home-studio was the place where compositions, recordings, radio-programs, mixes and remixes were made. Veldman has stated that out of hours of home recordings a few tracks would derive that had captured rare and special tracks or rare sonic atmospheres that would be selected for a release. Most pieces could never be reproduced exactly because mistakes and uncomfortable settings were of great importance during the recording process. Aside from the many Y Create recordings, Veldman was member of the improvisation group Gorgonzola Legs and kept working intensively with other artists like Fluxus artist and Dutch underground cult-figure Willem de Ridder. With De Ridder, De Ridder’s wife Cora and Nicole hours of spontaneous improvisation, field recordings and radio plays were created. They recorded deeply shared intimate experiences with each other but also used theatrical storytelling.

Hessel Veldman’s diverse music practices have been traversing several decades by now and he continues to play music according to his own insights and intuitions today. Nevertheless, the home-taping era has played a key role in the shaping of his free approach to music. Eigen Boezem is a collection of tracks gathered from different cassettes from his body of work that capture moments of magical home recordings. Eigen Boezem displays the versatility of his musical output and creativity, ranging from industrial experiments to new wave - from trance inducing avant-pop to synthetic minimalist funk. The selection of the different tracks on Eigen Boezem is done in such a manner that a new cohesive album is created.