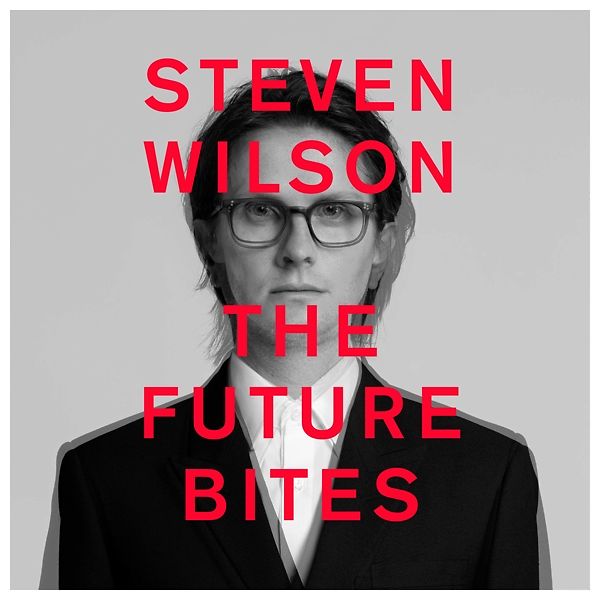 explorations into the future of clicks and tiks .... where's human interaction?
€ 25,95

Following a delay caused by the initial onset of COVID 19 and after a subsequent revision, Steven Wilson’s sixth album is finally released on 29th January 2021.

THE FUTURE BITES explores ways that the human brain has evolved in the internet era. Where 2017’s Top 3 album TO THE BONE confronted the (then) emerging global issues of post truth and fake news, THE FUTURE BITES places the listener in a world of 21st century addictions. It’s a place where on-going, very public experiments with nascent technology on our lives take place constantly; where clicks and tiks have become more important that human interaction. THE FUTURE BITES is less a bleak vision of an approaching dystopia and more a curious and playful reading of a world made all the more strange and separated by the events of 2020.

Musically, THE FUTURE BITES positively gleams. Across the album, there’s tracks that deal in gorgeous electronics warped by human intervention (KING GHOST) and soaring acoustics that hit the stratosphere (12 THINGS I FORGOT); a ten minute treatise on the joys of oniomania laid out by Elton John over a Moroder-esque whirlwind (PERSONAL SHOPPER) and a relentless bass-driven Motorik groove that dives right into the murk of clickbait and online radicalisation (FOLLOWER). The album’s new recording, COUNT OF UNEASE, is a beautifully plaintive close to the album that floats out on a mix of piano and ambient sound. Together, the nine tracks form Steven’s most consistently brilliant work to date. THE FUTURE BITES was recorded in London and co-produced by David Kosten (Bat For Lashes, Everything Everything) and Steven Wilson.