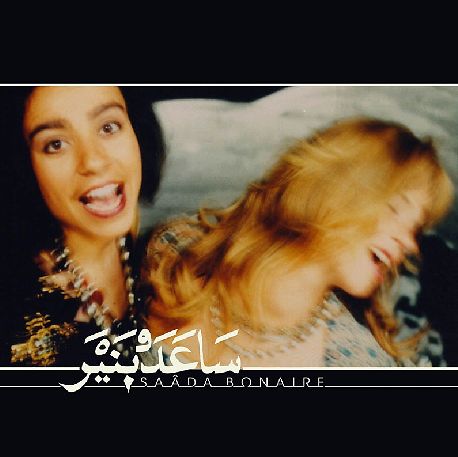 Until recently, it was thought that we had heard all there was to hear from Saâda Bonaire. The German studio project’s 1980s recordings had been compiled on the now cult-classic double LP Saâda Bonaire, released by Captured Tracks in 2013. Though the group had continued working until 1994, founder Ralph “von” Richthoven had firmly stated that all of their post-1986 work was lost: “I threw away most of my work; I didn’t see any reason to hold onto it anymore.” A visit to a relative’s house, however, turned up a pleasant surprise: Richthoven stumbled across a battered cassette tape labeled Saâda Bonaire ‘91. Released now for the first time ever, 1992 compiles the band’s long-lost early nineties material. Produced between Bremen and New York City, the 12 songs presented here capture the group's attempts at steering their trademark fusion sound (reggae, afro-funk, Eastern music, and sultry German female vocals) into uncharted nu jazz, trip-hop, and house territories.

Following the release of their 1984 single “You Could Be More As You Are” and a subsequent A&R debacle with EMI, the group went on an indefinite hiatus in 1985. Vocalist Claudia Hossfeld had left the group, and Richthoven and vocalist Stephanie Lange were navigating a recent breakup. “In order to cope, I just kept myself as busy as possible,” Richthoven explains. “I had a full-time day job doing social and cultural work for the city. In the evenings I produced music in the Dub City Studio.” It was during this time that he met a local jazz guitarist named Mike Ellington. Inspired by the new dance music emerging from the UK and the States, the two decided to give the project another shot in 1990. Lange agreed to reprise her role as vocalist, as did many of the local Turkish-Kurdish musicians who’d performed on the 1980s recordings. There were new additions as well: Ellington as co-producer, Andrea Ebert as vocalist, and North Irish folk singer Paul Lindsay as lyrical contributor. Between 1991 and 1994, this new incarnation of Saâda Bonaire recorded more than a dozen songs in Ellington’s recording studio, charmingly housed inside the sex shop owned by his family.

It’s no surprise, given both the time lapse and the fluid nature of the project, that these recordings differ sonically from the 1980s material. 1992 finds Saâda Bonaire folding new influences from the time (house, hip-hop, rap) into their eclectic sonic universe. Ebert’s soulful voice –the result of a church choir background and an early love of American soul and jazz music– offset Lange’s laid-back, more German-sounding vocals. “Some magic came out in the air when we were there, singing together,” Lange recalls. “We encouraged and supported each other.” This unique interplay bolstered the band’s new direction - evident in their inspired takes on James Brown’s “Woman” and Syreeta Wright and Stevie Wonder’s “To Know You Is To Love You”. The American influence was also made literal via contributions by renowned DJ Matthias Heillbronn and rapper Jimmy Lee Patterson, both of whom lent some stardust to the tracks at François Kevorkian's Axis Studios in NYC.

All of these elements result in an alchemy of seemingly disparate textures and themes which, in true Saâda Bonaire fashion, fit together in an almost impossible harmony. “This was always the concept of Saâda Bonaire: subliminally promoting the tolerance of 'the other’ through the genre-bending of pop music,” Richthoven explains. “Eventually the foreign is elevated to the familiar.” Ebert adds, “we wanted to guide our listeners into a more loving, empathic way of being.”

Unfortunately, it seems this more empathic way of being was at odds with 1990s record label standards: the demo recordings were considered too bizarre and as a result were never published. As the band members moved on to other projects, the cassettes were stowed away, laying dormant for nearly two decades until Richthoven’s basement discovery. Though the tape he found was degraded past listenability, it sparked his memory enough to prompt him to phone up Ebert in Berlin. After a major cellar excavation, she found the tapes, perfectly preserved in a suitcase that hadn’t been opened since 1999. As with all things Saâda Bonaire, the discovery of these new recordings feels like a sort of magical impossibility. It’s been nearly ten years since the release of the last compilation, and thirty since the recordings were originally captured. That they still manage to sound fresh and avant garde is a testament to Saâda Bonaire's flair for creating pop music for past, present, and future outsiders.