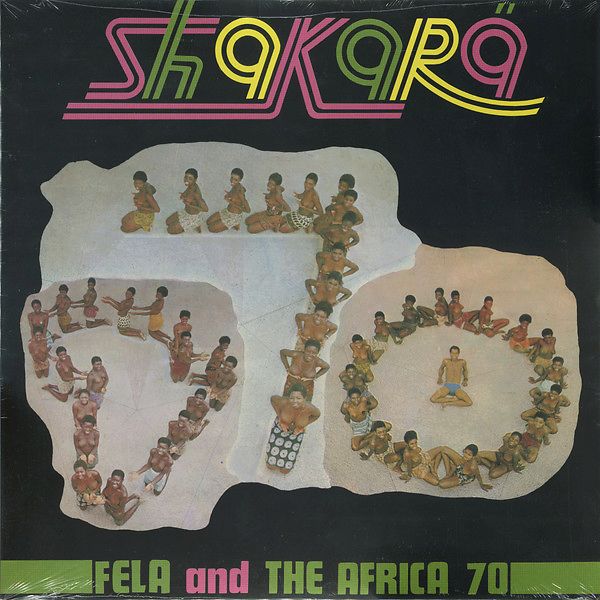 Fela Kuti was often described as "the James Brown of Africa," but one could also argue that he was Africa's equivalent of Miles Davis or John Coltrane. Truth be told, either description is valid. Kuti was highly eclectic, and his innovative, visionary music contained elements of funk/soul, jazz, and blues, as well as African music.

That eclectic spirit proves to be a major asset on Shakara, which consists of two 13-minute performances by Kuti's Africa 70 band: "Lady" and "Shakara (Oloie)." Performed in English, "Lady" finds Kuti criticizing modern African women in a humorous way for becoming what he sees as overly westernized and embracing a western view of feminism. You might agree or disagree with the song's viewpoint, but the groove and the beat are irresistible. Equally addictive -- and equally sarcastic -- is "Shakara (Oloje)," which is sung in both Yoruba and English and makes fun of the type of pompous, loud-mouthed braggarts who can never make good on their empty boasts.