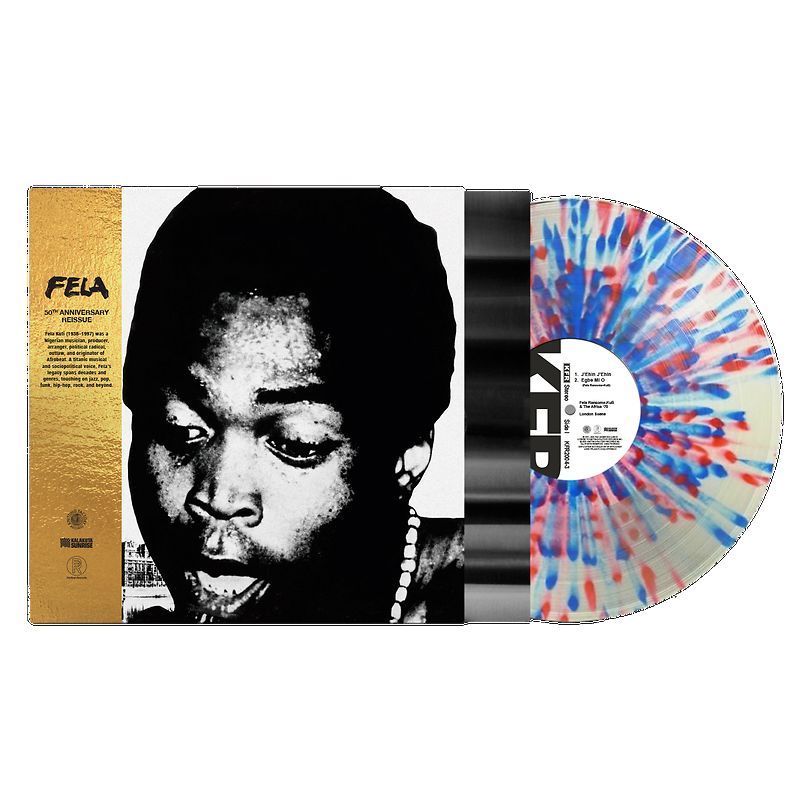 To understand where Fela’s musical quest began, you have to start with his education at London’s Trinity College School of Music. While his family had sent him to England to study medicine, Fela had more musical aspirations. After finishing school, Fela returned to Nigeria and with his band Koola Lobitios and his star status began to flourish in his native land, fusing the sounds of Jazz and Funk with the traditional African music he had been raised on.

EMI, his label at the time, saw the true power of his musical creation, which he termed “afro-beat”, and brought Fela and his band back to London. The result was London Scene, Fela’s first release, recorded at Abbey Road. While recording this album, Fela began his friendship with Cream drummer Ginger Baker, who plays uncredited on the track “Egbe Mio”. London Scene is the beginning of what would become Fela’s signature “Afrobeat” style and a great introduction to the man and his music.