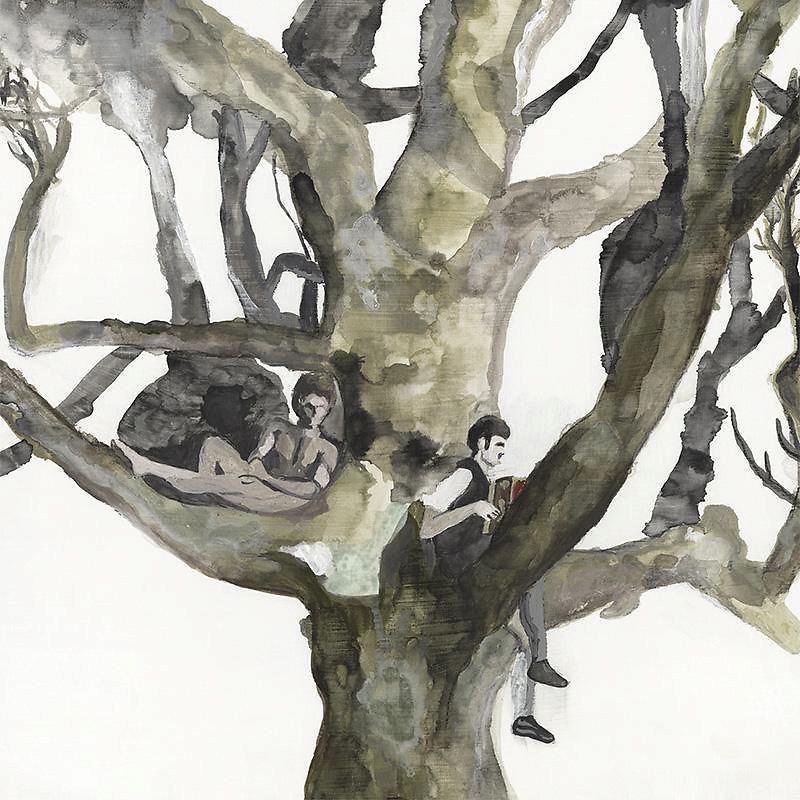 Dan Bejar started Destroyer as a solo home-recording project in the early to mid-nineties. Exploring and overturning genres such as glam, MIDI, yacht rock, & even underground Spanish independent artists, Bejar was proclaimed “Rock’s Exiled King” by The Fader.

LABYRINTHITIS is a journey deep into uncharted Dan Bejar country. It brims with mystic and intoxicating terrain, the threads of Bejar’s notes woven through by a trove of allusions at once eerily familiar and intimately perplexing. “Do you remember the mythic beast?” Bejar asks at the outset of “Tintoretto, It’s for You,” casting torchlight over the labyrinth’s corridors. “Tintoretto, it’s for you / The ceiling’s on fire and the contract is binding.”

More than an arcane puzzle for the listener, LABYRINTHITIS warps and winds through unfamiliar territory for Bejar as well. Written largely in 2020 and recorded the following spring, the album most often finds Bejar and frequent collaborator John Collins seeking the mythic artifacts buried somewhere under the dance floor, from the glitzy spiral of “It Takes a Thief” to the Books-ian collage bliss of the title track. Initial song ideas ventured forth from disco, Art of Noise, and New Order, Bejar and Collins championing the over-the-top madcapper-y.

Bejar and Collins conducted their questing in the height of isolation, Collins on the remote Galiano Island and Bejar in nearby Vancouver, sending ideas back and forth when restrictions didn’t allow them to meet. Ahead of mixing, the Destroyer band was brought into the fold to further the unprepared synchronicity and mutual discovery.

4. All My Pretty Dresses

5. Tintoretto, It’s For You

7. Eat The Wine, Drink The Bread