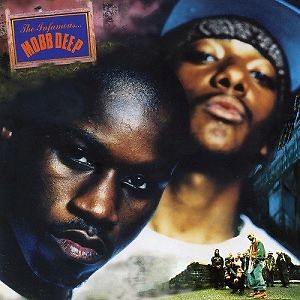 Classic album! a major contributor to the East Coast Renaissance...
€ 32,95

The Infamous... is the second studio album by the American hip hop duo Mobb Deep. It was released on April 25, 1995, by Loud Records.

Along with albums such as Enter the Wu-Tang (36 Chambers), Illmatic and Ready to Die, The Infamous... is widely credited as a major contributor to the East Coast Renaissance.